Soldiers during training in Oklahoma in February 1944. 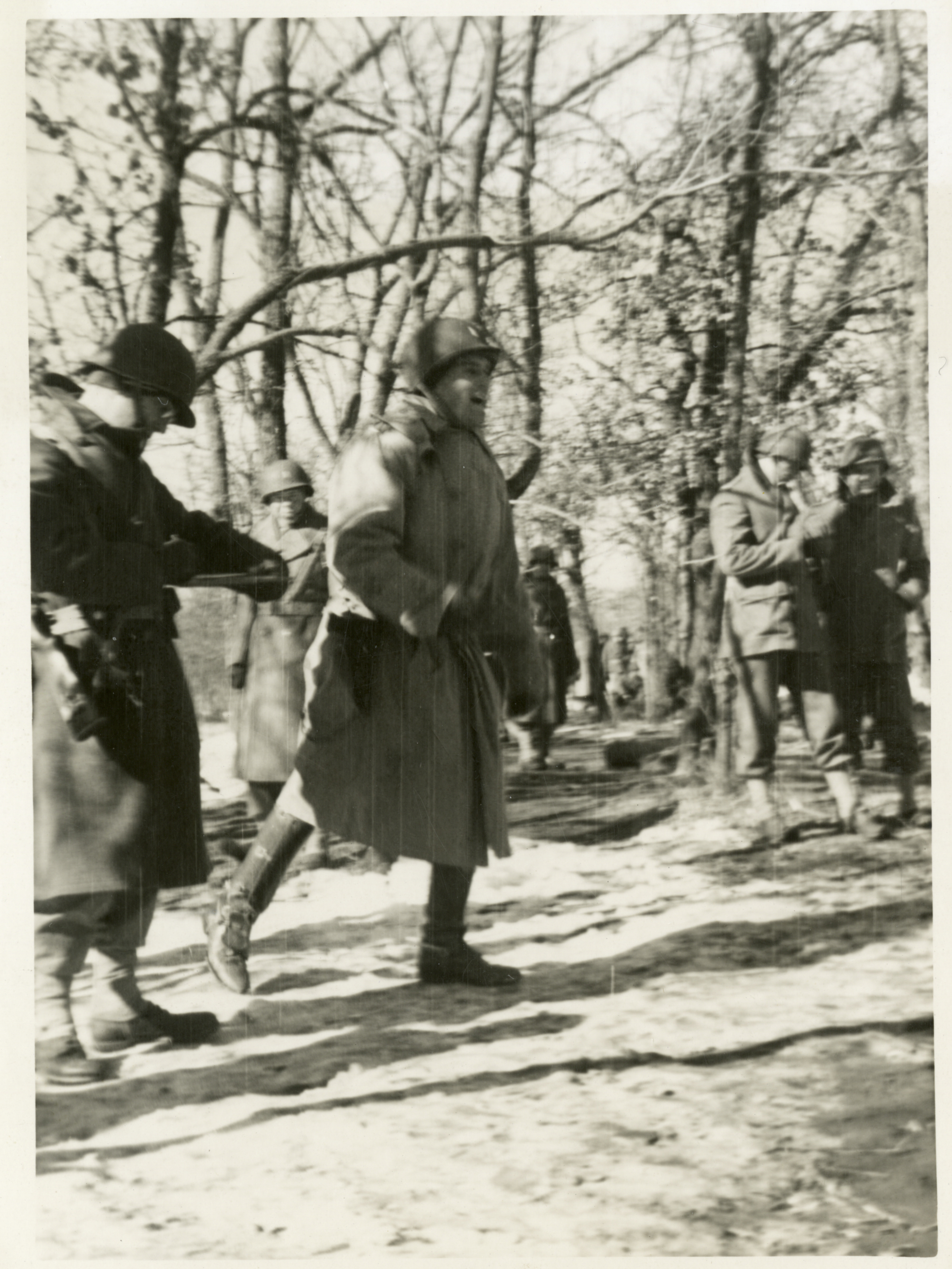 Donor:
Mr. Hiram V. Boone
Accession Number:
2006.102.031
Date:
1944-02-
Location:
Hometown:
Branch:
US Army
Theater of Service:
Home Front
Unit:
612th Field Artillery Battalion (Pack)
Campaign / Event:
POW / KIA:
Topical Subjects:
Soldiers--American--Oklahoma
Collection Level:
Items from the service of Corporal Hiram Vance Boone, United States Army, 612th Field Artillery Battalion (Pack), 5332nd Brigade (Provisional), who served in the China Burma India Theater of Operations. Boone was born 26 February 1921 in Marion, Virginia to Wiley P. Boone and Mary Prater Boone. Upon graduating from Marion High School, Boone went to work at a gunpowder company and then on to the Sunflower Ordnance Plant in Lawrence, Kansas until he was 22, receiving a bonus to join the service. He was inducted on 23 September 1943 and was posted at Fort Still, Oklahoma for artillery training where he underwent basic training, working specifically with the 75mm pack howitzer and mules. He would receive additional training at Camp Gruber in Oklahoma as a member of the 612th FAB (known also as the Mars Task Force) and mountain training at Camp Carson. Boone shipped out of New Orleans, Louisiana for a 63 day trip to with 300 mules aboard the SS Cyrus bound for Calcutta, India. His unit reached Camp Landis in Northern Burma in September of 1944. Boone's personal riding mount, Chick, traveled with him from the beginning of his journey all the way to China. During the war Boone would see service in India, China, and Burma (CBI) participating in four campaigns against the Japanese in Burma. Boone’s trusted mount Chick was among several hundred mules that caught the disease surra and had to be put down in China in 1945. Collection includes personal correspondence, photographs, and miscellaneous documents related to Boone's service. After returning home from WWII in 1946, Boone entered the service of the Virginia State Police in 1946 and served for 33 years, retiring as a Captain in 1979. Boone was a graduate of the Southern Police Institute, University of Louisville and State Police Officer's Command School, University of Maryland. Captain Boone died in Virginia on 21 November 2012 at the age of 91. Collection includes items and photographs from the service of Hiram Vance Boone, 612th Field Artillery Battalion, 5332nd Brigade (Provisional) also known as the Mars Task Force.
Geography:
Fort Sill
Thesaurus for Graphic Materials:
Soldiers--American--Oklahoma
Add to Collection