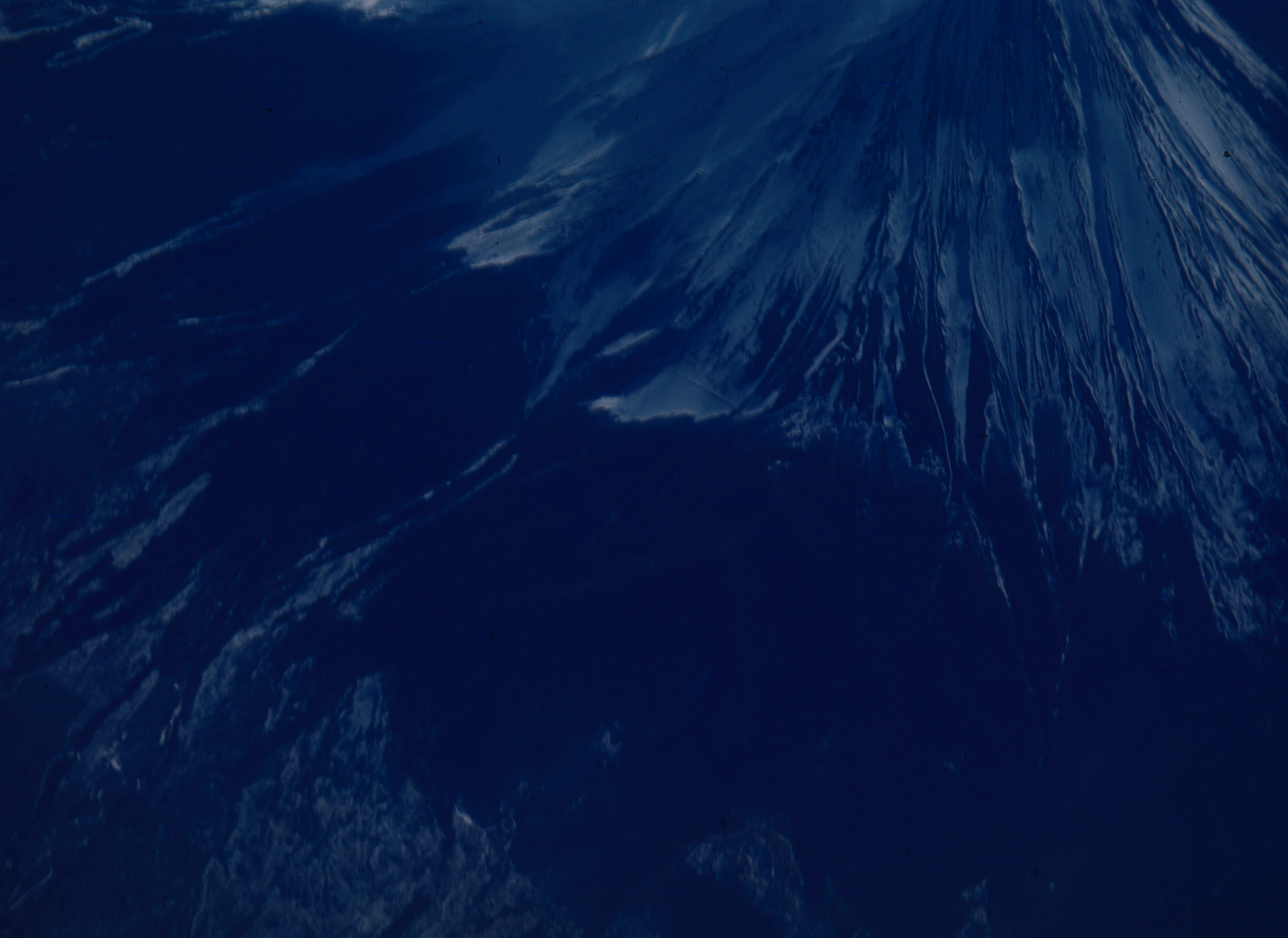 Slide. Aerial view of the peak of Mount Fuji. Japan. 1945