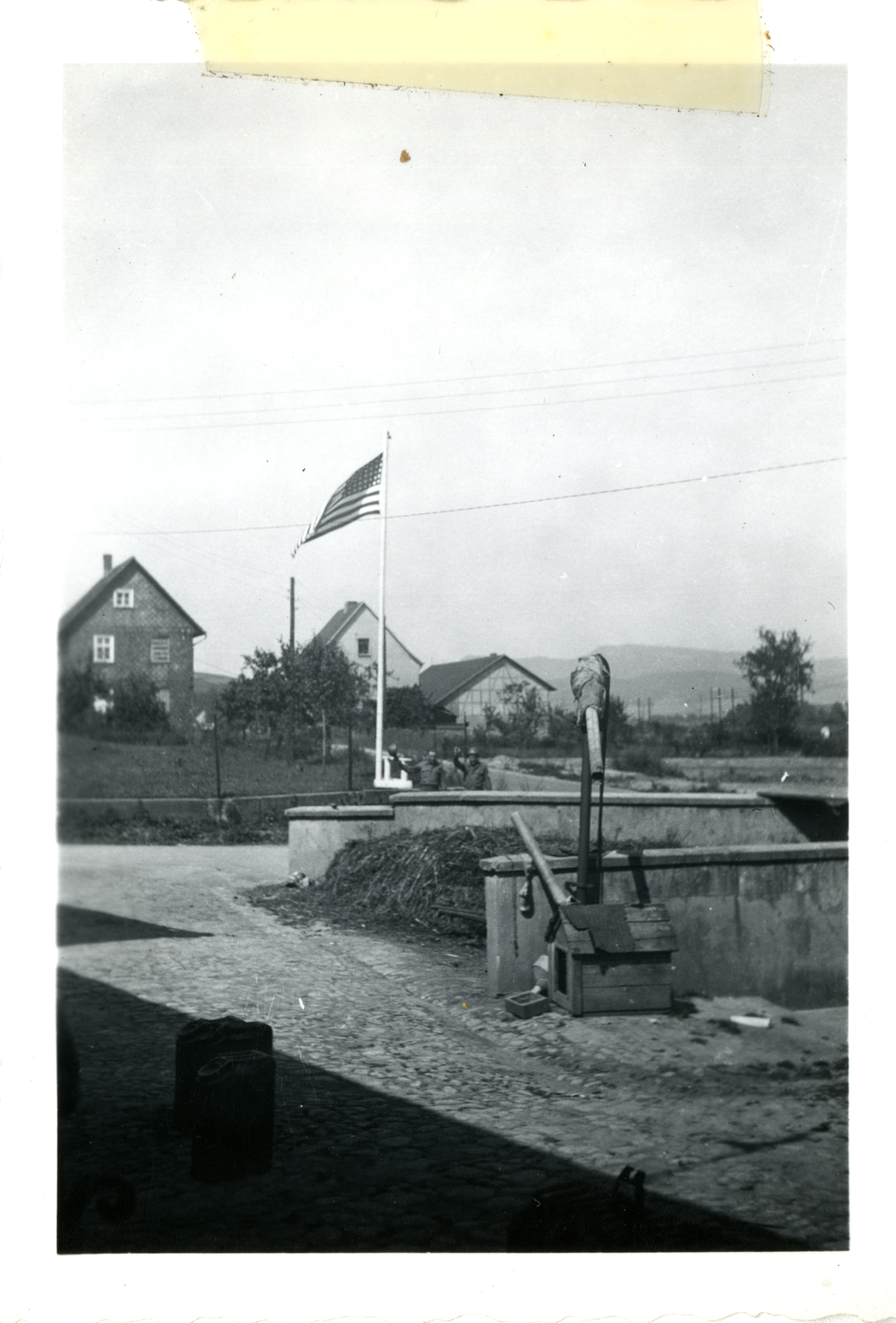 Donor:
Mr. Michael Patano
Accession Number:
2013.433.100
Date:
1945-05-
1945-09-
Location:
Hometown:
Branch:
Theater of Service:
Unit:
5th Armored Division
Campaign / Event:
POW / KIA:
Topical Subjects:
Flags--American--Germany
Collection Level:
Items from the service of T4 Nicholas J. Patano, who was born in Chicago, Illinois, on January 1, 1916. He worked as a carpenter before he enlisted in the Army on June 21, 1941. Patano went overseas in February of 1944 and served as a Sherman tank driver with the 5th Armored Division, 81st Tank Battalion in the European Theatre. He participated in the Normandy, Northern France, Ardennes, Rhineland, and Central Europe campaigns. Patano returned to the United States in September of 1945 and was Honorably Discharged on October 21, 1945. The collection includes over 200 photographs, a few documents and two objects.
Geography:
Deutschland
Latitude:
51.500
Longitude:
10.500
Thesaurus for Graphic Materials:
Flags--American--Germany
Add to Collection