American officers talking to a Japanese delegation on a tarmac, Japan, 1945 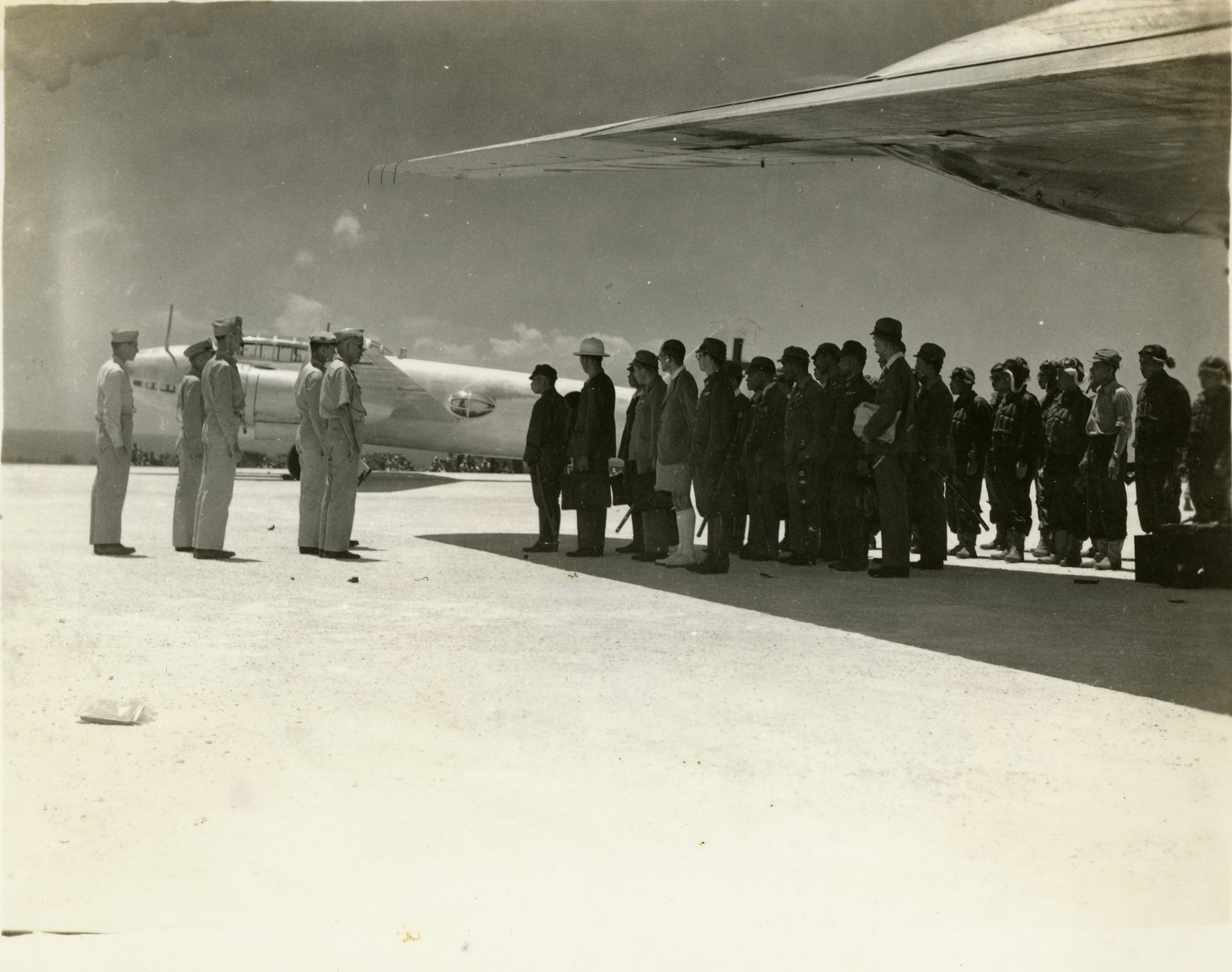 Gift of the Family of Louis N. Hodges Sr.
Description:

Photograph. Five American officers standing at attention in front of a Japanese delegation standing under the wing of a Douglas C-54 Skymaster at Ie Shima Airfield; the delegates are looking at a Japanese Mitsubishi G4M "Betty" bomber in the background. Ie Shima [Iejima], Japan. 19 August 1945

Donor:
Ms. Sylvia H. Gamboa
Accession Number:
2013.517.106
Date:
08/19/1945
Location:
Hometown:
Branch:
Theater of Service:
Unit:
Campaign / Event:
POW / KIA:
Topical Subjects:
Mitsubishi G4M (Bomber)--Japan
Douglas DC-4 (Transport plane)--Japan
Collection Level:
Items from the service of Louis Nevin Hodges Sr., who was a photographer in the United States Army Air Forces in the Pacific Theater of Operations. Hodges was born on 22 August 1917 in New Orleans, Louisiana, and enlisted in the USAAF in 1941. The bulk of his service was spent at the Army's Far East Photography Laboratory in Manila, Philippines. During Hodges’ time in the service, he became a popular source of service photographs for his fellow soldiers. After his military service Hodges continued a career in photography working at the New Orleans Fair Grounds Race Course as a track photographer. He retired from the Fair Grounds in 1978 and was later admitted to the Fair Grounds Press Box Hall of Fame. Louis N. Hodges, Sr. passed away on 29 November 2005 in New Orleans. The collection contains a combination of almost 200 photographs and negatives that Hodges made during his service in the Philippines. The images depict various Philippine governmental buildings, churches, and cemeteries, as well as military and local scenes.
Geography:
Okinawa
Thesaurus for Graphic Materials:
Mitsubishi G4M (Bomber)--Japan
Douglas DC-4 (Transport plane)--Japan
Add to Collection