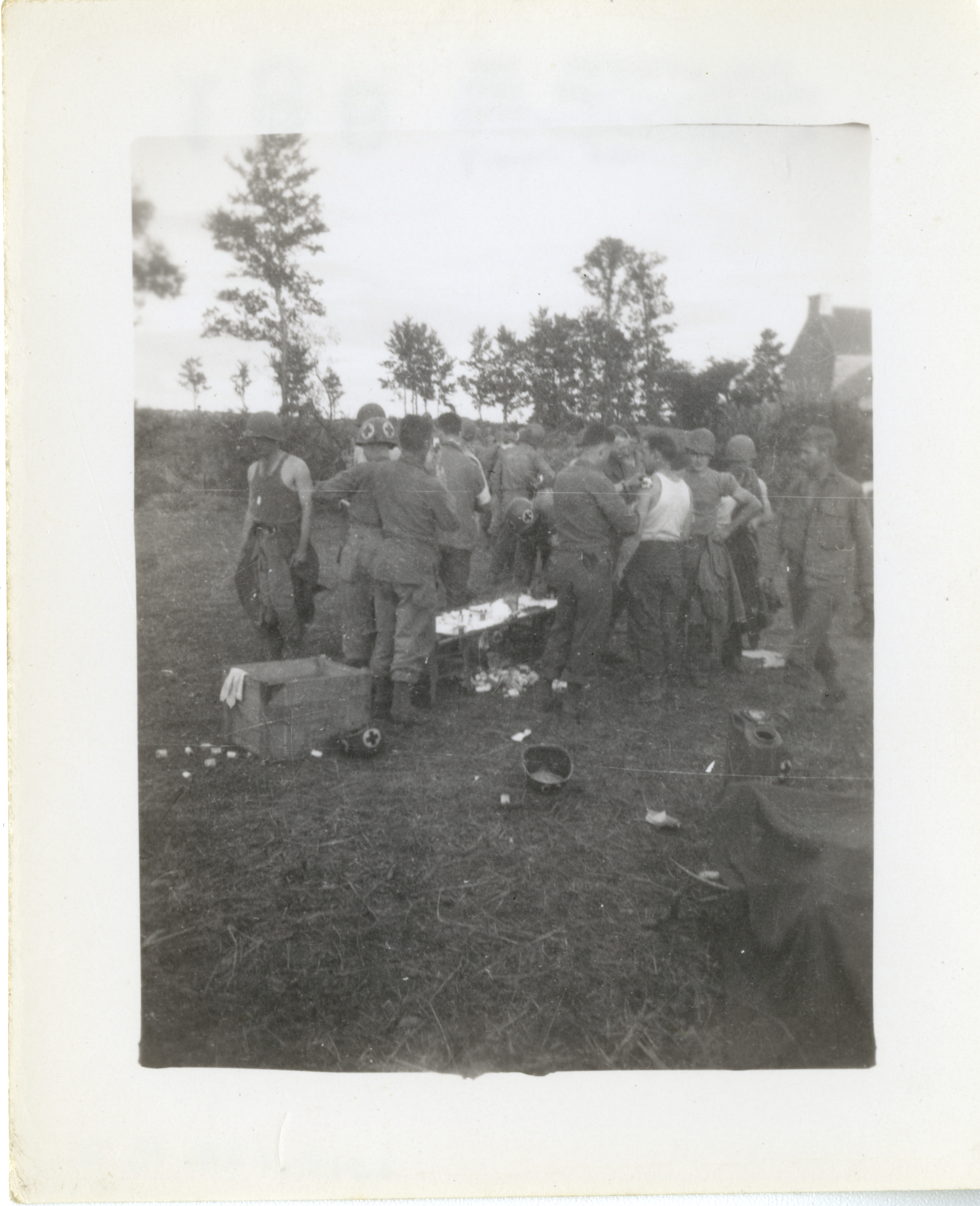 Photograph. A group of United States Army medics administering shots to servicemen while outdoors. A residential building is in the background. Location unknown. No date

Donor:
Lou Anne Lea
Accession Number:
2010.128.162
Date:
1943
1945
Location:
Hometown:
Branch:
Theater of Service:
Unit:
2nd Infantry Division
Campaign / Event:
POW / KIA:
Topical Subjects:
Medical personnel--American--Europe
Vaccination--Europe
Collection Level:
Items from the service of Technician Third Grade Joe Powell, who served as a medic in the 2nd Infantry Division in the European Theater of Operations. Joe Harold Powell, M.D., was born on 15 February 1916 in Pine, Texas. He moved to Shreveport, Louisiana, in 1938, before enlisting in the United States Army on 10 April 1942. The 2nd Infantry Division was sent to the United Kingdom to prepare for Operation Overlord in October 1943. The division landed on Omaha Beach on 7 June 1944 and continued through France, participating in the Battle of Brest. In October, the division entered Germany and remained there until May 1945. It then entered Czechoslovakia before returning to the United States in July. After the war, Powell earned his M.D. and moved to Mississippi. He remained there until his death on 22 July 1987 in the city of Bay St. Louis. Items from the collection include a 2nd Infantry Division patch and photographs of Powell’s time in New Orleans, Northern Ireland, England, France, Switzerland, and Germany.
Geography:
Europe
Thesaurus for Graphic Materials:
Medical personnel--American--Europe
Vaccination--Europe
Add to Collection