An Army transportation ship docked at a port in New Orleans, Louisiana on 5 March 1945 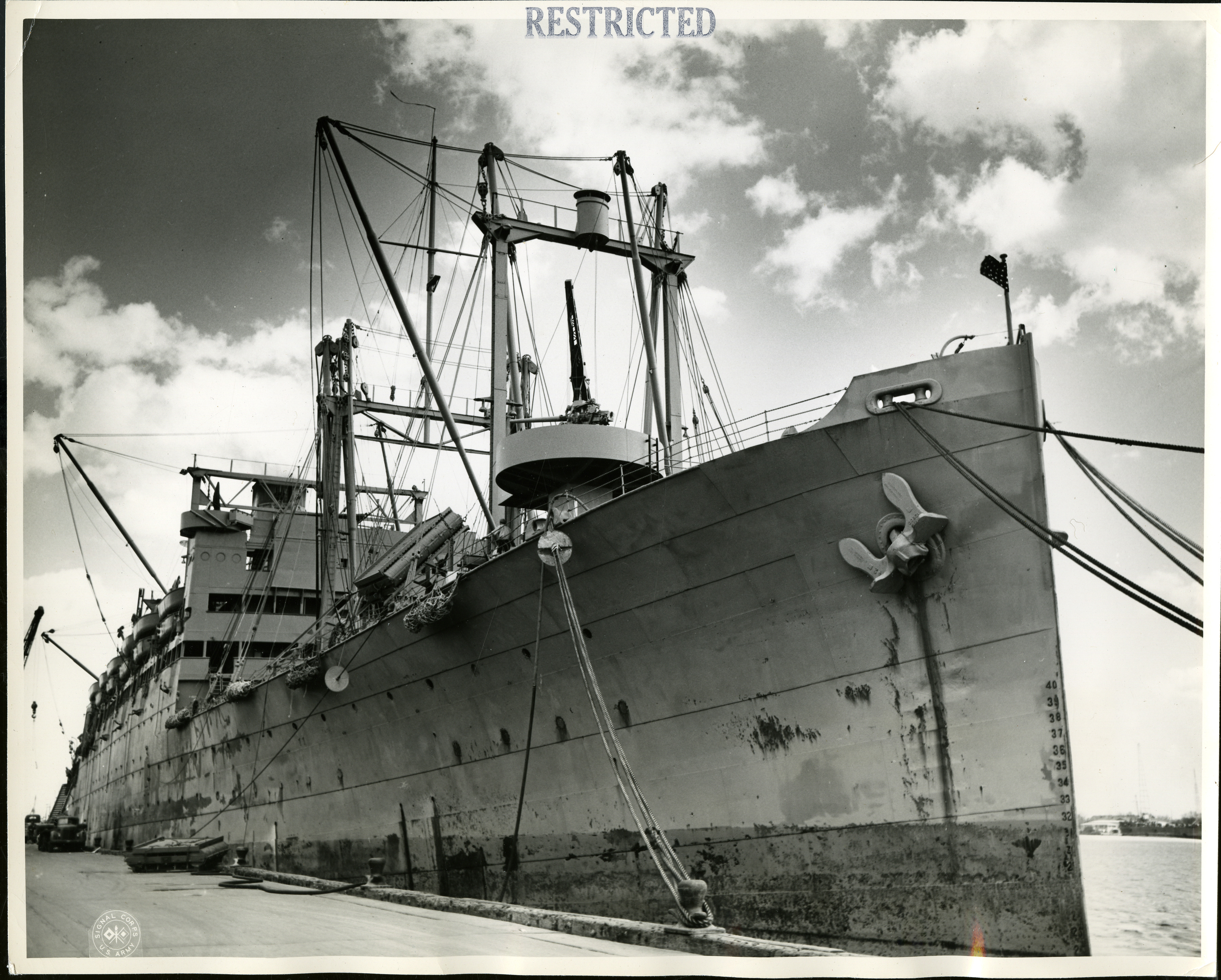