Camels walking in the desert 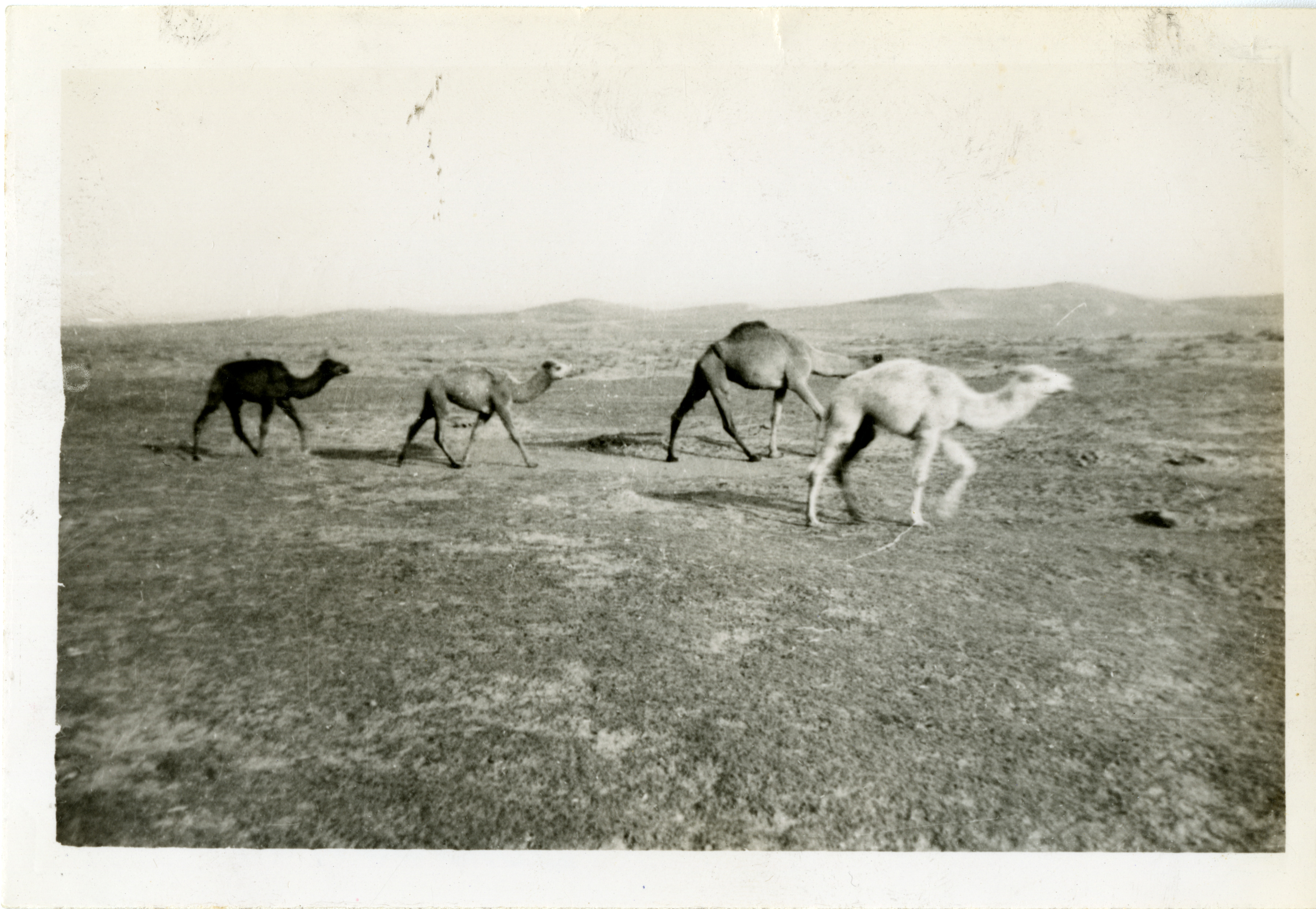 Donor:
Mr. Charles Goldgeier
Accession Number:
2013.608.057
Date:
1943
1944
Location:
Hometown:
Branch:
Theater of Service:
Unit:
113th General Hospital
Campaign / Event:
POW / KIA:
Topical Subjects:
Camels--Middle East
Collection Level:
Items from the service of Corporal Benjamin Pick, who served as an ambulance driver with the 113th General Hospital of the Persian Gulf Command in the Mediterranean Theater of Operations. Pick was born on 16 June 1905 in Queens, New York, New York. He was a truck driver in New York until he was inducted into the United States Army on 8 August 1942. In March 1943, Pick was shipped off the Mediterranean Theater and arrived in May. While there, Pick was stationed in Egypt, Jordan, Palestine, and Iran. He remained overseas until May 1945 and arrived back in the United States in June. On 2 September 1945, Pick was honorably discharge from the Army and returned to New York. He eventually moved to Palm Beach, Florida, and remained there until his death on 12 November 1997. Items from the collection include documents, personal correspondence, and discharge papers.
Geography:
Middle East
Thesaurus for Graphic Materials:
Camels--Middle East
Jeep automobiles--American--Middle East
Reading--Middle East
Smoking--Middle East
Add to Collection