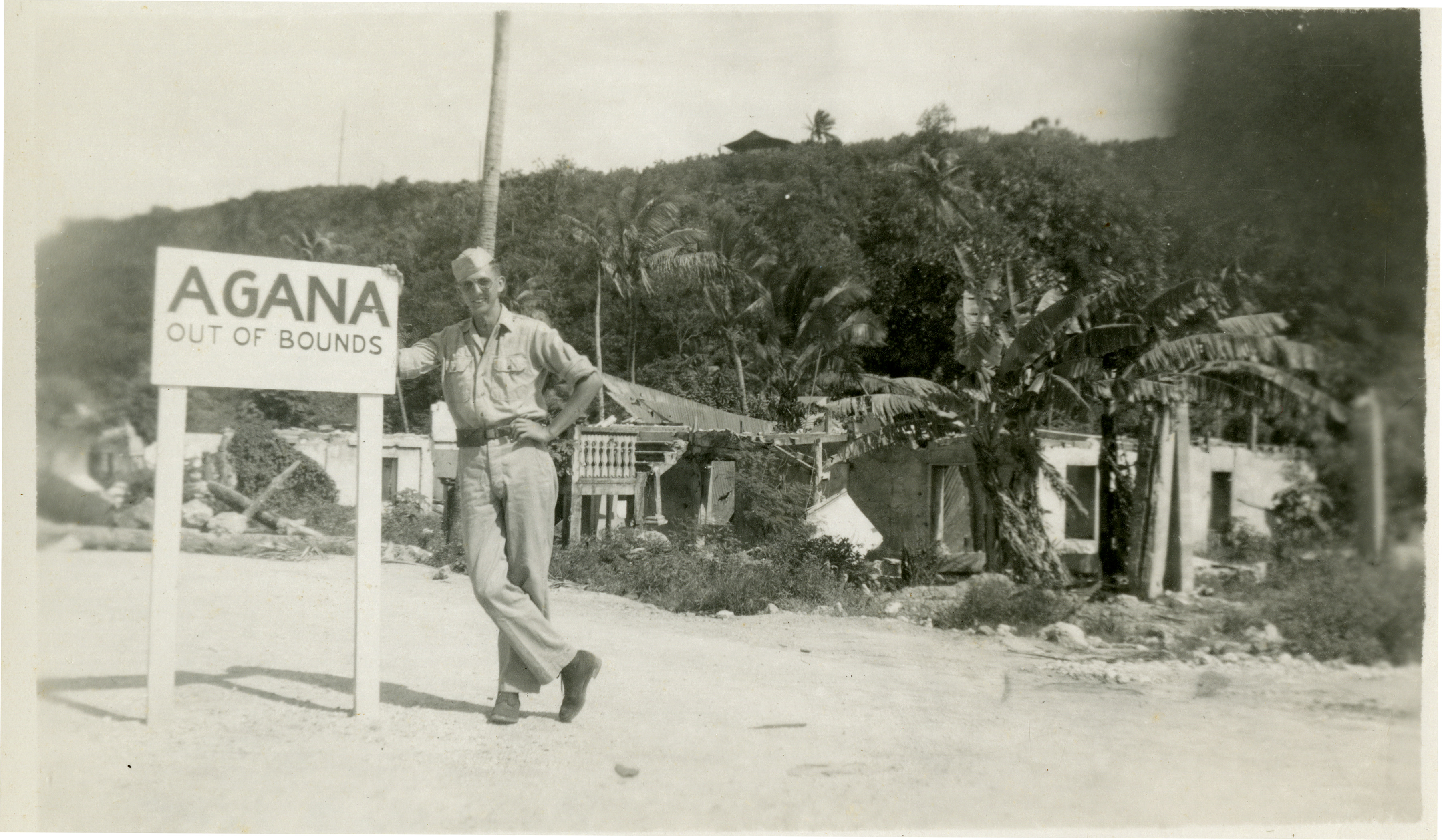 Photograph. Corporal Clinton Dobson posing with sign that reads"Agana / Out of Bounds."; war-damaged houses are in the background.Agana, Guam [modern-day Hagåtña, Guam]. No date

Donor:
Mrs. Tonya D. Day
Accession Number:
2011.407.005
Date:
1944
1945
Location:
Hometown:
Branch:
Theater of Service:
Unit:
20th Air Force
Campaign / Event:
POW / KIA:
Topical Subjects:
World War, 1939-1945--Destruction and pillage--Guam
World War, 1939-1945--Campaigns--Guam
Collection Level:
Items from the service of Corporal Clinton Dobson, who served as an engineer in the 20th Air Force in India and Guam. Clinton "Buck" Ross Dobson was born on 2 September 1924 in Chestnut, Louisiana. Around 1942, Dobson signed up for the draft and enlisted in the United States Army on 30 July 1943. He was then assigned to the United States Army Air Force and was sent to India with the 20th Air Force around 1944. While overseas, Dobson worked in a water distillation unit in a combat battalion. After VE-Day, his unit was shipped to Guam and barely missed being sent to Japan. He returned to the United States and was honorably discharged in 1946. For his service he received four Bonze Stars and a Good Conduct Medal. Dobson settled in Baton Rouge, Louisiana, and remained there until his death on 1 December 2002. The collection consists of photographs and postcards with photographic prints of Dobson's time in India and Guam. See collection 2012.322 for more items from the service of Cpl. Clinton Dobson.
Geography:
Hagåtña
Latitude:
13.467
Longitude:
144.750
Thesaurus for Graphic Materials:
World War, 1939-1945--Destruction and pillage--Guam
World War, 1939-1945--Campaigns--Guam
Add to Collection