Four servicemen stand together on a sandy beach, South Pacific 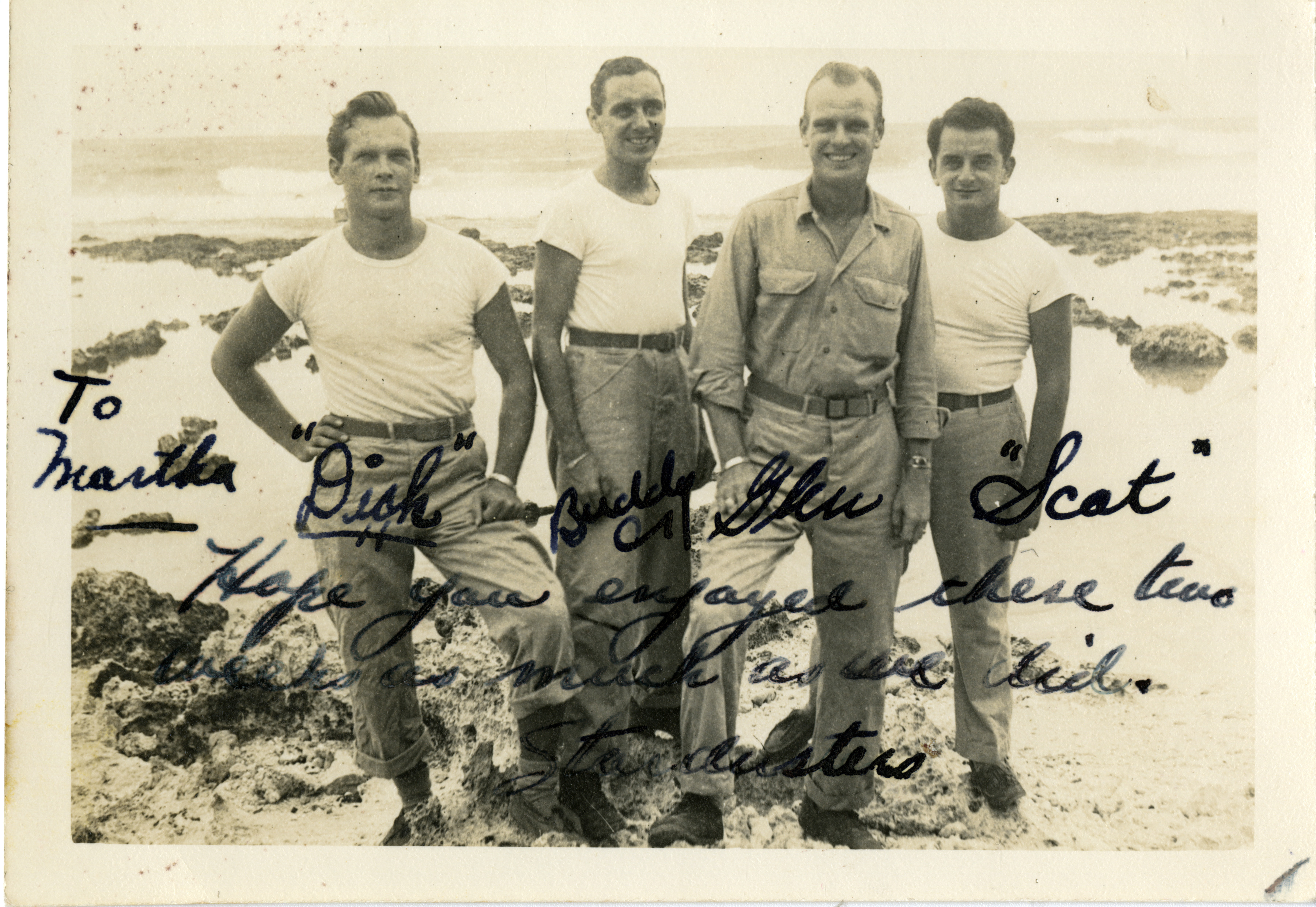 Photograph. Four servicemen stand together on a sandy beach with crashing waves behind them. Personal message on photo front: "To Martha: 'Dick', Buddy, Glen, 'Scat'. Hope you enjoyed these two weeks as much as we did. Stardusters." South Pacific. No date

Donor:
Mrs. Linda A. Potter
Accession Number:
2013.150.270
Date:
1944
1945
Location:
Hometown:
Branch:
Theater of Service:
Unit:
Campaign / Event:
POW / KIA:
Topical Subjects:
Beaches--Pacific Islands
Collection Level:
Martha O'Driscoll was born in Tulsa, Oklahoma on March 4, 1922. She was an American film actress from 1937 until 1947. She toured with Errol Flynn and other entertainers in the USO in the early 1940s, performing for the troops in the Aleutians in 1943 and later in the South Pacific. She married her first husband, Richard Adams, in 1943. They were divorced in 1947, and later that year she married Arthur Appleton. O'Driscoll was under contract to Universal Studios during World War II. Collection includes over 200 photographs related to O'Driscoll's time overseas; four certificates awarded to her for her service, and many newspaper clippings detailing her life in the public eye.
Thesaurus for Graphic Materials:
Beaches--Pacific Islands
Add to Collection