Hatch covers on a ship's cargo holds in Concord, Louisiana on 17 March 1942 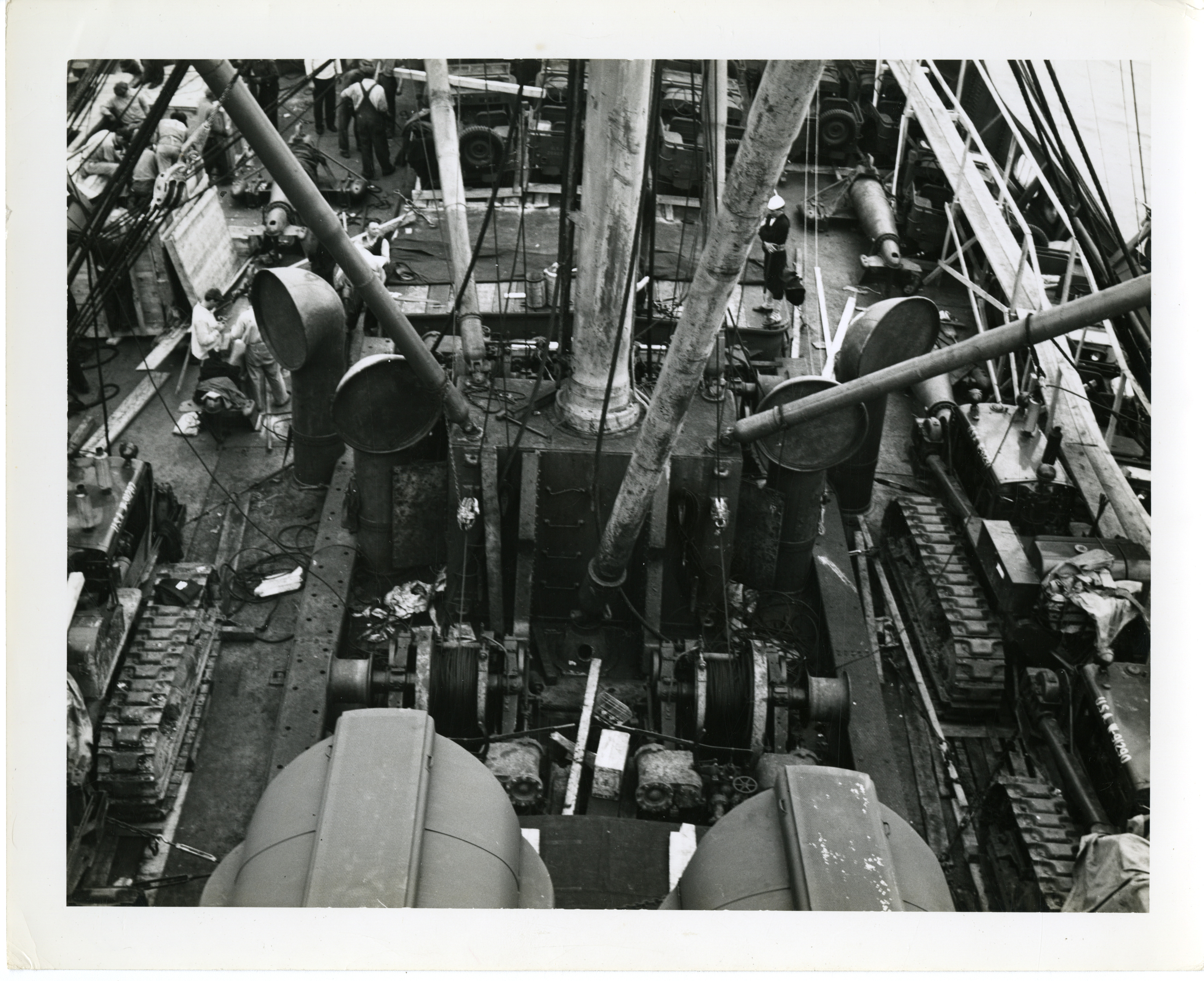