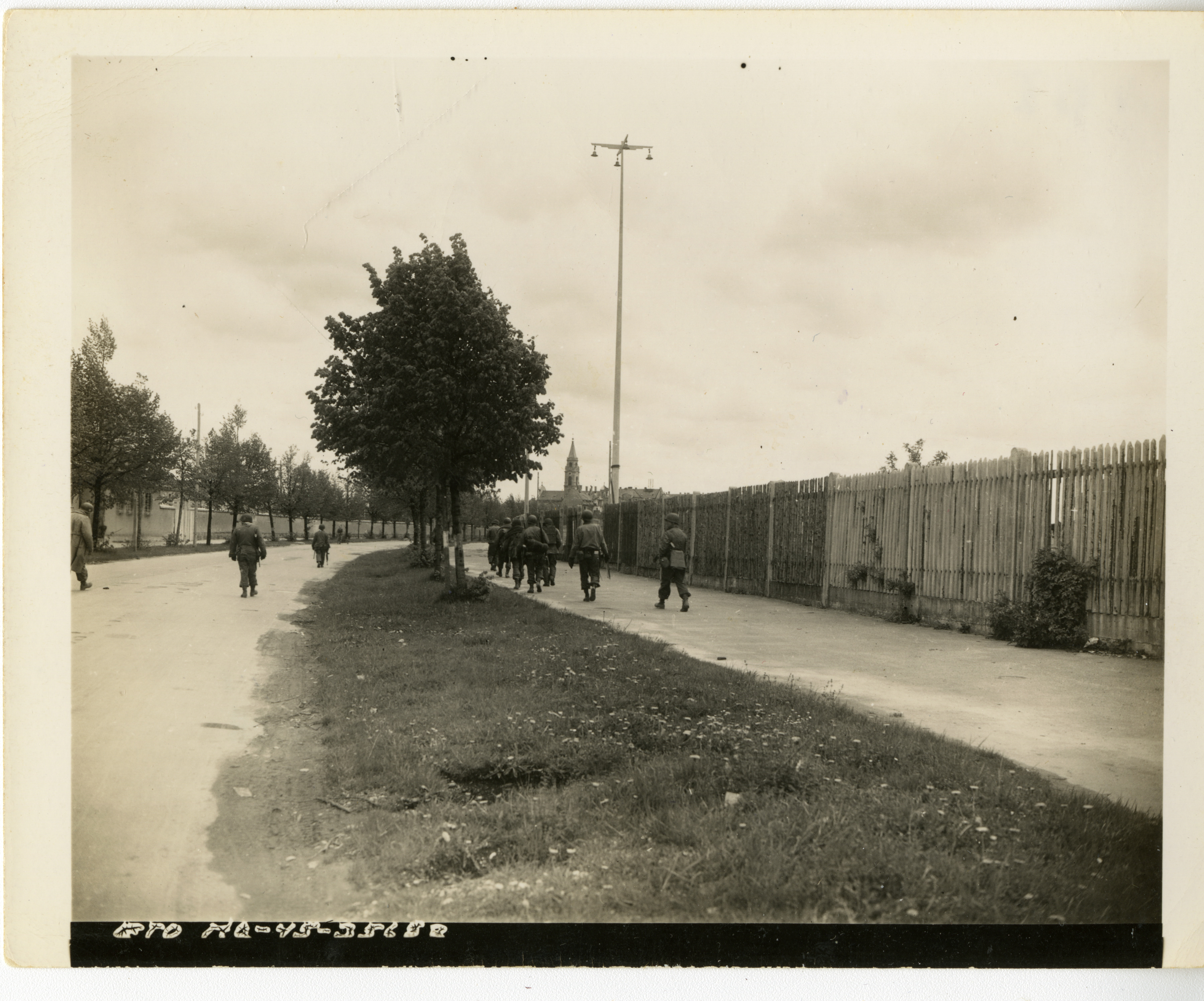 Donor:
Mr. Karl M. Hennings
Accession Number:
2013.544.014
Date:
04/30/1945
Location:
Hometown:
Branch:
Theater of Service:
Unit:
30th Infantry Regiment
3rd Infantry Division
XV Corps
Seventh Army
Campaign / Event:
POW / KIA:
Topical Subjects:
Collection Level:
Items from the service of Staff Sergeant Gerald Hennings, who served in the 3rd Infantry Division in the European Theater of Operations. Gerald Thomas "G.T." Hennings was born on 22 March 1920 in Chicago, Illinois. He was residing in St. Louis, Missouri, when he enlisted in the United States Army circa 1941. He was assigned to the 3rd Infantry Division and participated in the Battle of Anzio as well as the campaigns through France and Germany. After returning to the United States, Hennings moved to New Orleans and remained there until his death on 29 January 2010. The collection consists of souvenirs that Hennings collected while in Europe. These souvenirs include a knife, armband, tablecloth, shot glass, two unit history books, and Army Signal Corps photographs.
Geography:
München
Latitude:
48.150
Longitude:
11.583
Add to Collection