Long convoy of mules traveling up a mountain, Burma, 1945 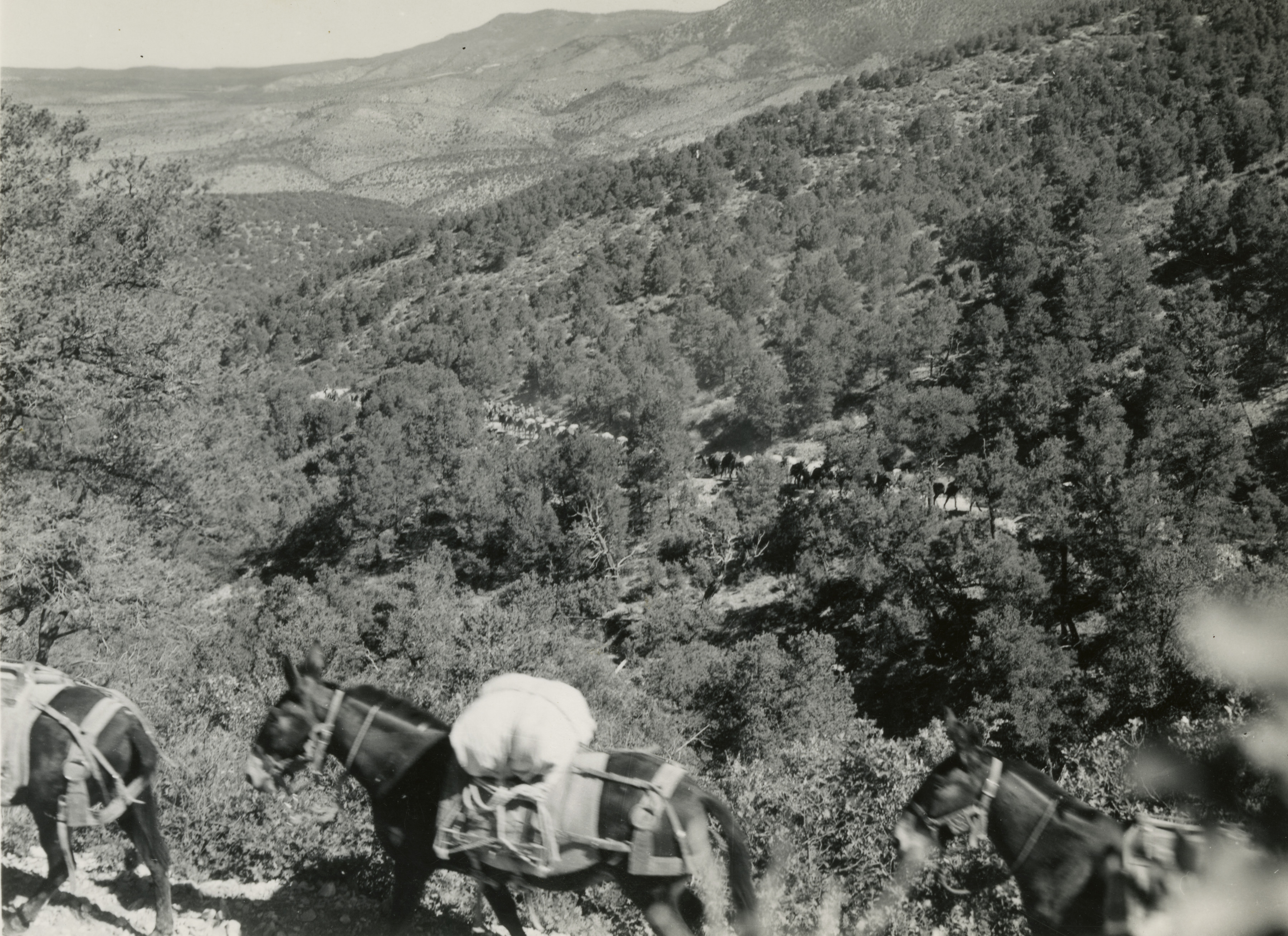 Donor:
John H., II Tate
Accession Number:
2010.502.017
Date:
1945
Location:
Hometown:
Branch:
Theater of Service:
Unit:
18th Veterinary Evacuation Hospital
5332nd Brigade (Provisional)
Campaign / Event:
POW / KIA:
Topical Subjects:
Mules--Burma
Stilwell Road (Burma and India)--Burma
Burma Road (China and Burma)--Burma
Collection Level:
Items from the service of Captain Charles Tate, who served as an officer in the 18th Veterinary Evacuation Hospital, 5332nd Brigade, Provisional (MARS Task Force), Northern Area Combat Command in the China-Burma-India Theater of Operations. Charles William Tate was born on 6 January 1914 in Giddings, Texas. He graduated from the veterinary program at Texas A&M in 1938 and was briefly activated as a commissioned officer in the United States Army from 5 June to 18 June of the same year. In 1940, Tate was working as a vet in Canton, Mississippi, when he was reactivated on 4 August. He was assigned to the Veterinary Corps, and after training in Texas and New Mexico, Tate was shipped off to the CBI. On 26 July 1944, the 18th Veterinary Evacuation Hospital was activated in India, and arrived in Burma after the capture of Myitkyina in August. Starting in May 1945, the 18th Veterinary Evacuation Hospital assisted the MARS Task Force and the Chinese 22nd and 30th Division with the transpiration of over 5,000 mules and horses from Northern Burma to Kunming, China. The combined units lead the convoy using the Burma Road and Ledo Road. The 18th Veterinary Evacuation Hospital ensured the health of the animals and sent any that were sick or injured back to their units using transportation trucks. In late June, the first of the convoy reached Kunming and continued to arrive until mid-August. Tate remained in the Army after returning to the United States and rose to the rank of Lieutenant Colonel. Tate was stationed in Washington, D.C., when he unexpectedly died on 15 June 1954. The collection consists of photographs, the bulk of which depict the transportation of the mules from Burma to China.
Geography:
Myanma
Latitude:
22.000
Longitude:
98.000
Thesaurus for Graphic Materials:
Mules--Burma
Stilwell Road (Burma and India)--Burma
Burma Road (China and Burma)--Burma
Add to Collection