Lt. Martin Rubin and others fold up a tent during maneuvers, 1943 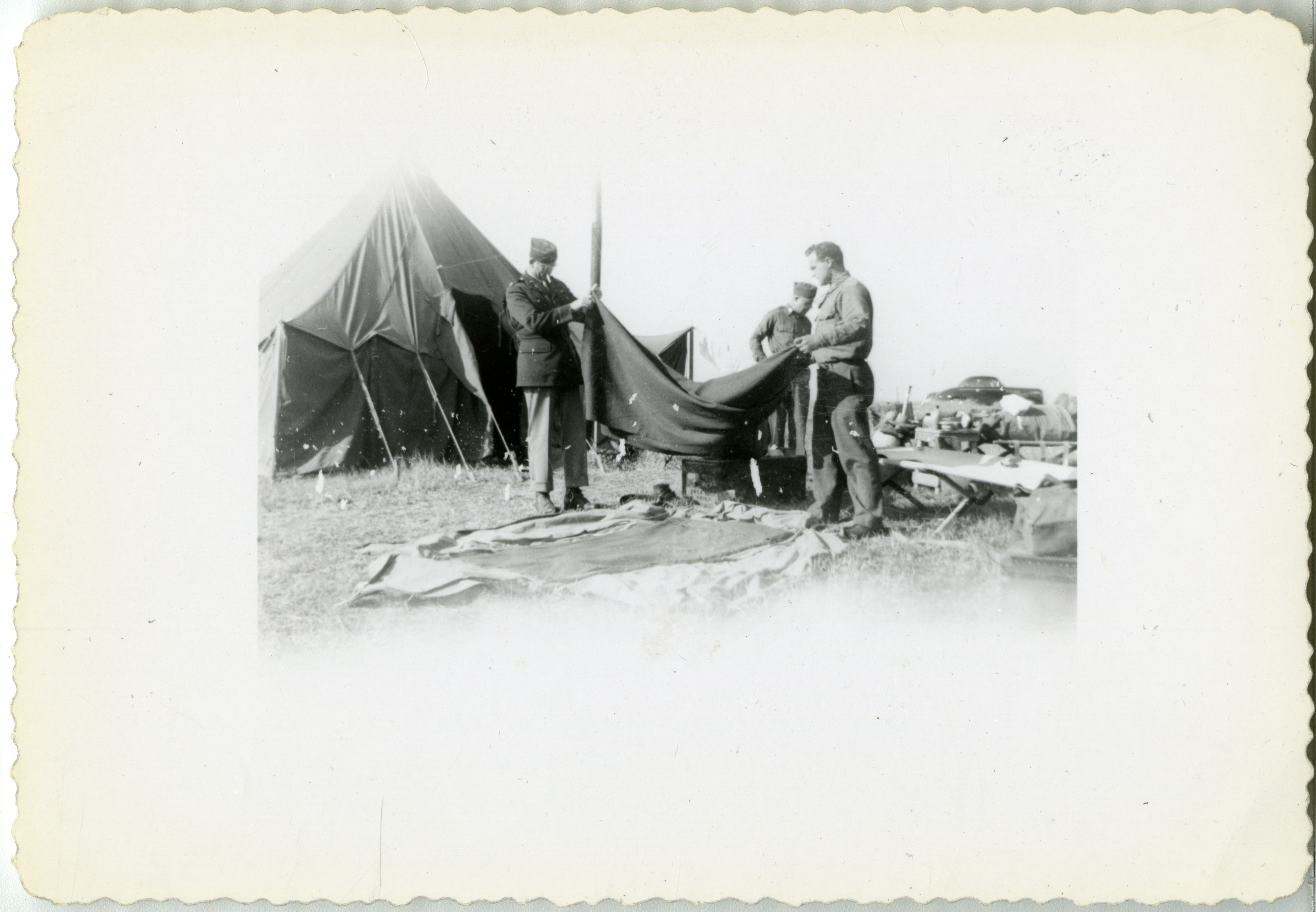 Photograph. Three soldiers, including Rubin, fold up a tent during maneuvers.Location unknown. 1943

Donor:
Jeanne Grushinski Rubin
Accession Number:
2009.120.152
Date:
1943
Location:
Hometown:
Branch:
US Army
Theater of Service:
European Theater of Operations (ETO)
Unit:
Campaign / Event:
POW / KIA:
Topical Subjects:
Tents
Collection Level:
Items from the service of Captain Martin Rubin, who served as a dental surgeon in the 53rd Medical Battalion, 684th Medical Clearing Company (Dental Corps) in the European Theater of Operations. Rubin was born on 1 February 1911 in New York, New York. He was a dentist in Brooklyn when he entered the service on 17 August 1942. After basic training, Rubin was sent to Harvard University Medical School from January through February 1943. In late November, he was shipped off to Scotland and was soon stationed in England. Rubin remained in England until the Normandy campaign and remained in Europe until October 1945. During his service, Rubin also participated in the Northern France, Rhineland, Ardennes, and Central Europe campaigns. Rubin was discharged in January 1946 in Pennsylvania. On 6 October 1986, Rubin died in Florida. Collection includes military correspondence, insignia, and over 100 photographs which document Rubin's time at training camp in Virginia, travelling through Europe, and sobering photos of a liberated concentration camp.
Thesaurus for Graphic Materials:
Tents
Add to Collection