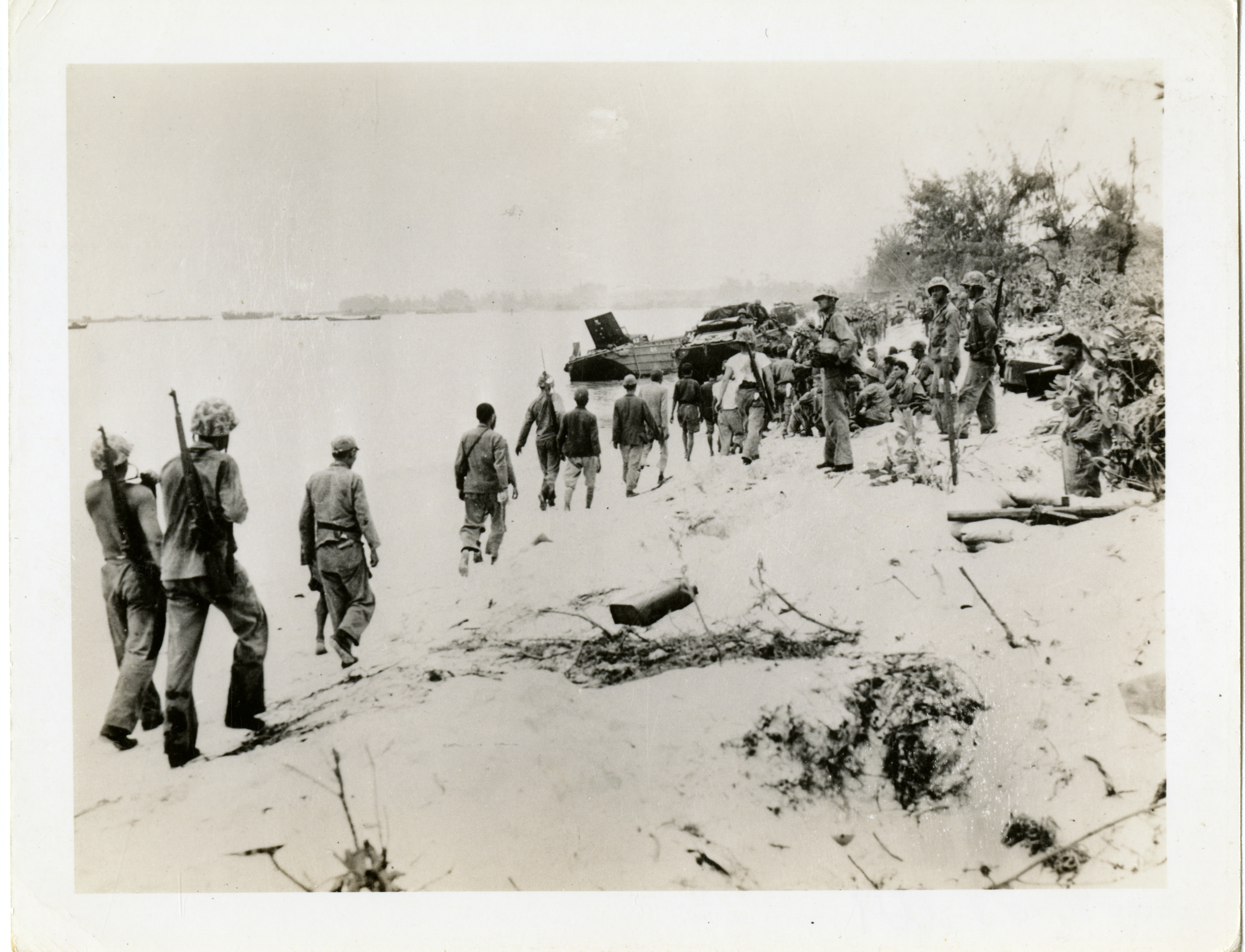 Photograph. United States Marines escorting Japanese prisoners of war down beach towards a DUKW; several naval vessels are in the background. Location unknown. No date

Donor:
Mrs. Gay M. Meaker
Accession Number:
2003.103.064
Date:
1943-05-
1944-09-
Location:
Hometown:
Branch:
Theater of Service:
Unit:
94th Naval Construction Battalion
Campaign / Event:
POW / KIA:
Topical Subjects:
Collection Level:
Items from the service of Shipfitter Second Class Jules Marchand, who was a Seabee in the 94th Naval Construction Battalion on Hawaii. Jules Victor Marchand, Jr. was born on 6 May 1901 in New Orleans, Louisiana. He left his job as a plumber in September 1942, to enlist in the United States Navy. Marchand was sent to Camp Endicott, Rhode Island for Seabee training and was shipped off to Hawaii with the 94th Naval Construction Battalion in May 1943. While in Hawaii, Marchand worked as a pipefitter and plumber. In September 1944, Marchand was transferred to the Naval Hospital at Aiea Heights and remained there until October, when he was then transferred to a Naval Hospital in San Diego, California. On 26 January 1945, he was honorably discharged for medical reasons not involving combat. Marchand returned to New Orleans and remained there until his death in February 1975. The collection includes postcards of Hawaii and Camp Endicott, Signal Corps photographs, an identification card, Camp Endicott booklet, and a Ka-Bar knife.
Geography:
Mariana Islands
Add to Collection