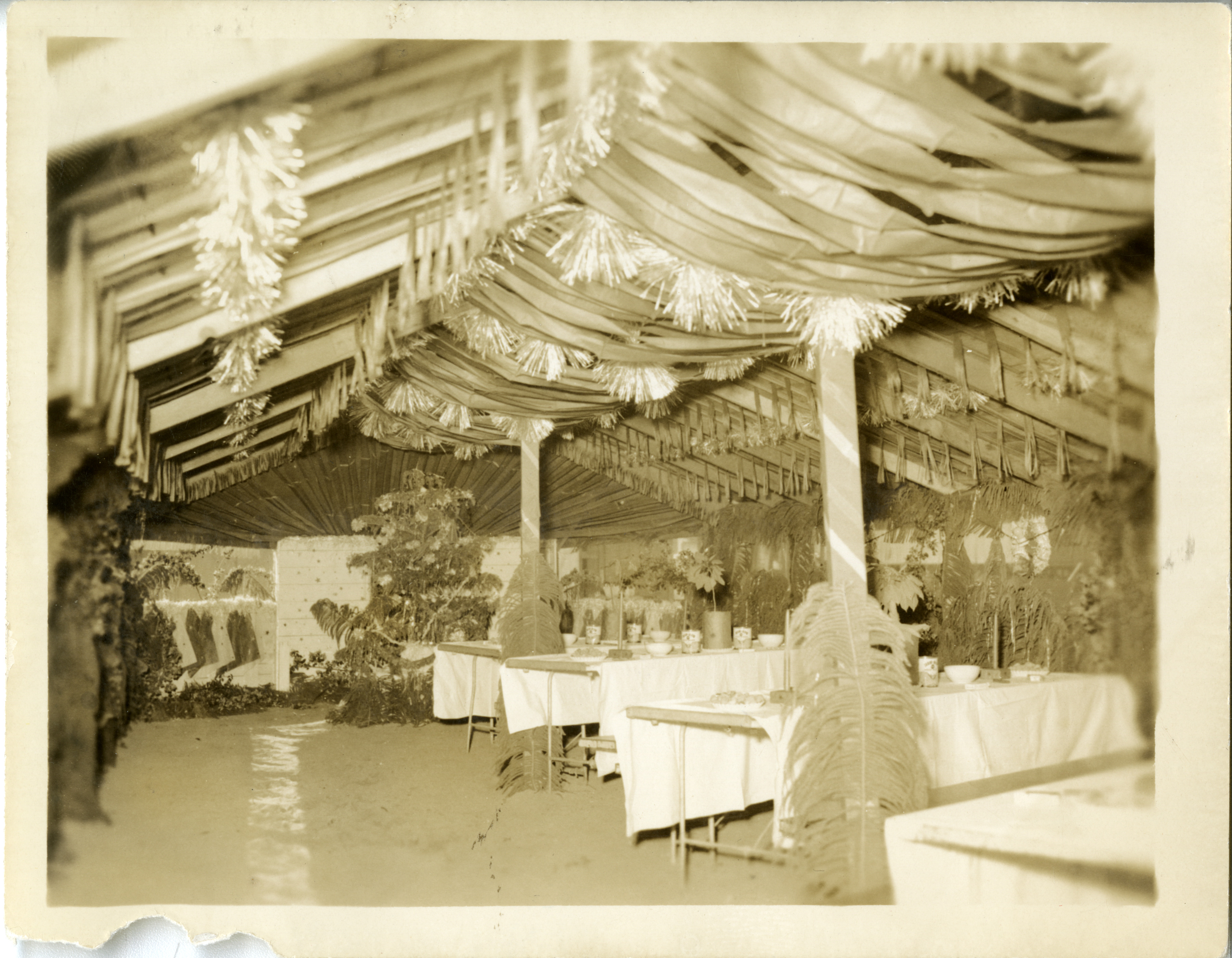 Donor:
Ms. Hope Saidel
Accession Number:
2012.059.091
Date:
1944
1946
Location:
Hometown:
Branch:
Theater of Service:
Unit:
669th Field Artillery Battalion
223rd Field Artillery Group
Campaign / Event:
POW / KIA:
Topical Subjects:
Christmas decorations--Hawaii
Collection Level:
Items from the service of Corporal Allen Saidel, who served as a Fire Control Instrument Operator in Battery A of the 669th Field Artillery Battalion, 223rd Field Artillery Group in the Pacific Theater of Operations. Saidel was born on 22 January 1922 in Lanark, Illinois. He attended the University of Illinois and was a machine operator at Komarek-Greaves and Co. before he entered the United States Army on 5 October 1943. After attending basic training, Saidel was shipped out to Hawaii on 22 October 1944. During his time in Hawaii, Saidel prepared firing charts for vertical and horizontal control for the company's howitzers. He remained in Hawaii until 23 February 1946 and was honorably discharged on 8 March. Items from the service include photographs, the bulk of which were taken on Hawaii.
Geography:
Hawaii
Latitude:
20.000
Longitude:
-157.833
Thesaurus for Graphic Materials:
Christmas decorations--Hawaii
Add to Collection