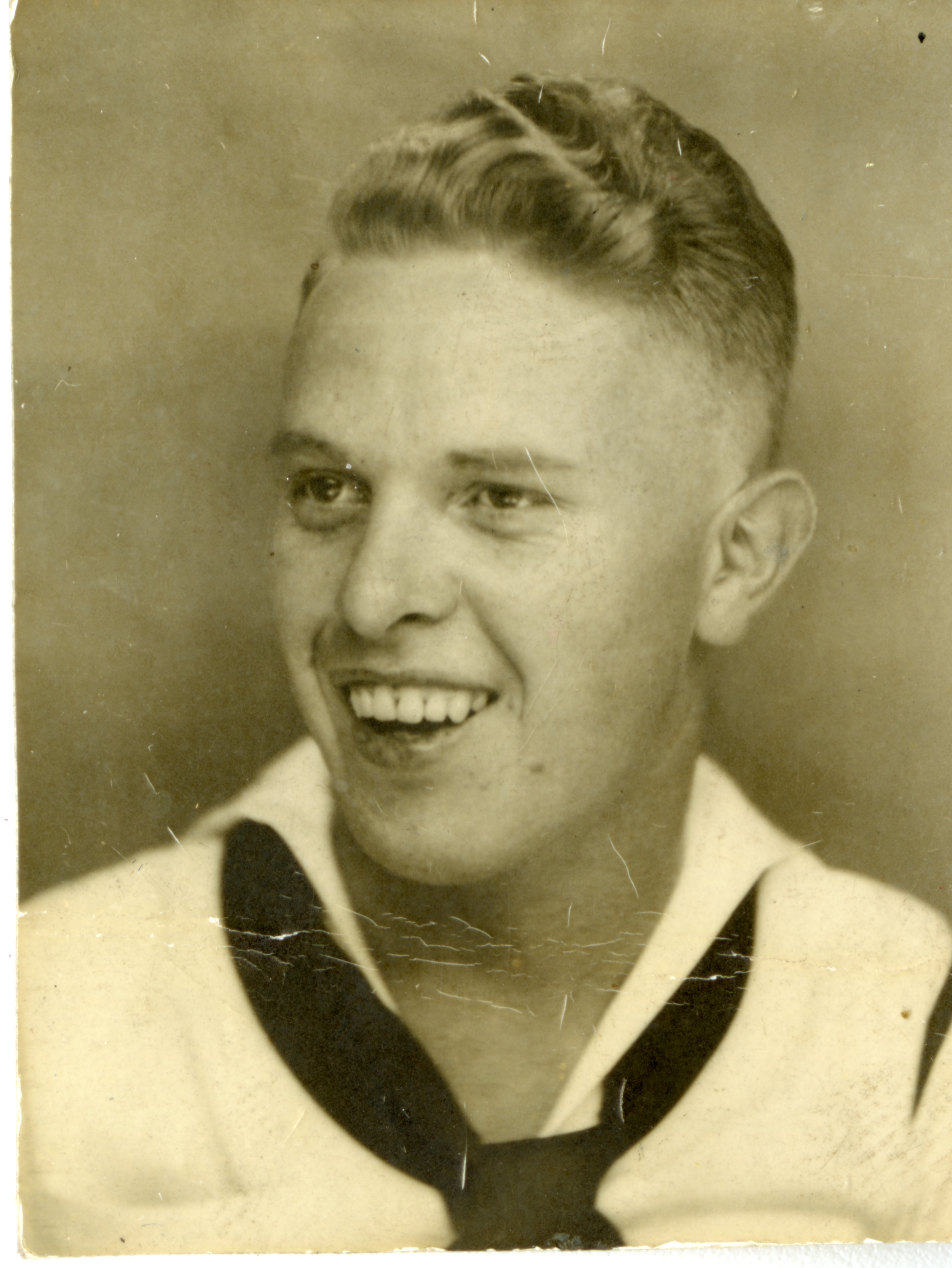 Donor:
Jane Schlaht
Accession Number:
2011.124.040
Date:
11/13/1943
Location:
Hometown:
Branch:
Theater of Service:
Unit:
Campaign / Event:
POW / KIA:
Topical Subjects:
Portrait photographs
Sailors--American
Smiling
Collection Level:
Torpedoman’s Mate 1/C George Hollister Foote was born in Dallas, South Dakota on 22 July 1921 and hailed from Fremont, Nebraska. He enlisted in the Navy on 13 March 1940 in Omaha, Nebraska. The photographic and documentary evidence in his collection suggests that Foote was first trained at Naval Station Great Lakes in Illinois in April 1940, then served as a submariner aboard the V-boat submarine USS Narwhal (SS-167) from 14 June 1940 until 18 February 1941. While aboard the Narwhal, Foote was stationed in the Philippines, crossed the equator (in July 1940), and then traveled to Samoa. He was subsequently stationed at Pearl Harbor, Hawaii before and during the Japanese attacks while receiving training as a torpedoman’s mate. His collection contains many fine examples of pre-war vessels before they were outfitted for war. Foote was still in Hawaii as late as February 1942, according to dates on some of his photographs. Judging by further photographs from his service, Foote also visited various locations on the West Coast of the United States and traveled through the Panama Canal (a common route for submarines manufactured on the East Coast), although exact dates for these events cannot be definitively ascertained. In between his service on the Narwhal and the USS Runner, Foote served aboard the USS Plunger; the USS Pollack; and the USS Whale. As his final assignment, Foote likely was stationed on the Aleutian Islands serving aboard the submarine USS Runner (SS-275). The Gato-class submarine USS Runner was laid down on 8 December 1941 at Portsmouth Navy Yard, Kittery, Maine; launched on 30 May 1942; commissioned the USS Runner (SS-275) on 30 July 1942; and believed to have been sunk on its third patrol by a mine in June or July 1943, between Japan and Midway Island, with all hands lost. It was struck from the Naval Register on 30 October 1943. Runner received one battle star for World War II service.George Foote's brother, Earl "Faye" Foote, also died on 5 July 1942 as a Japanese POW. Collection includes photographs.
Thesaurus for Graphic Materials:
Portrait photographs
Sailors--American
Smiling
Add to Collection