Portrait of a smiling USO entertainer wearing a fur coat, seated on a suitcase. Aleutian Islands 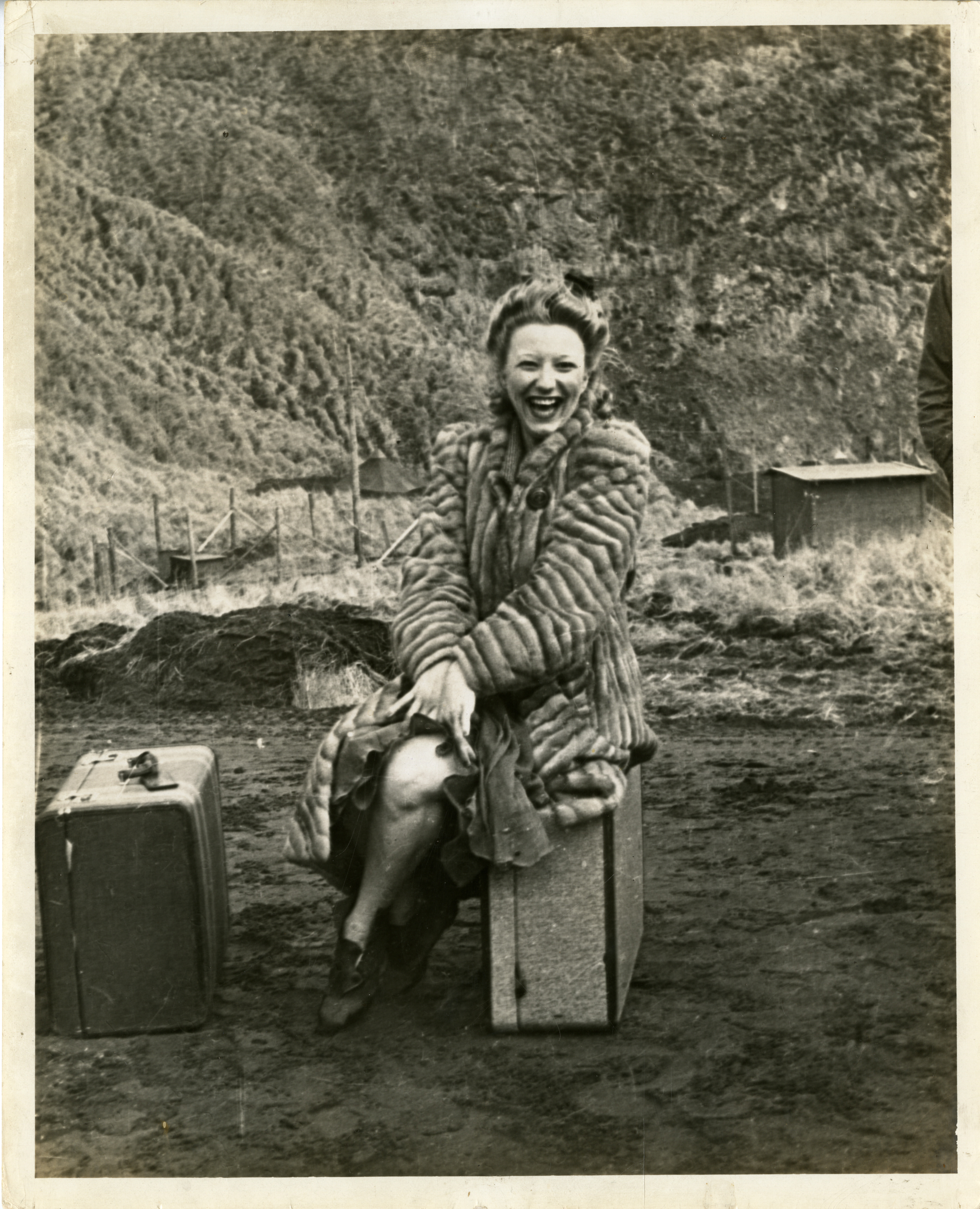