Reed stands in the snow near a picket fence, Alva, Oklahoma 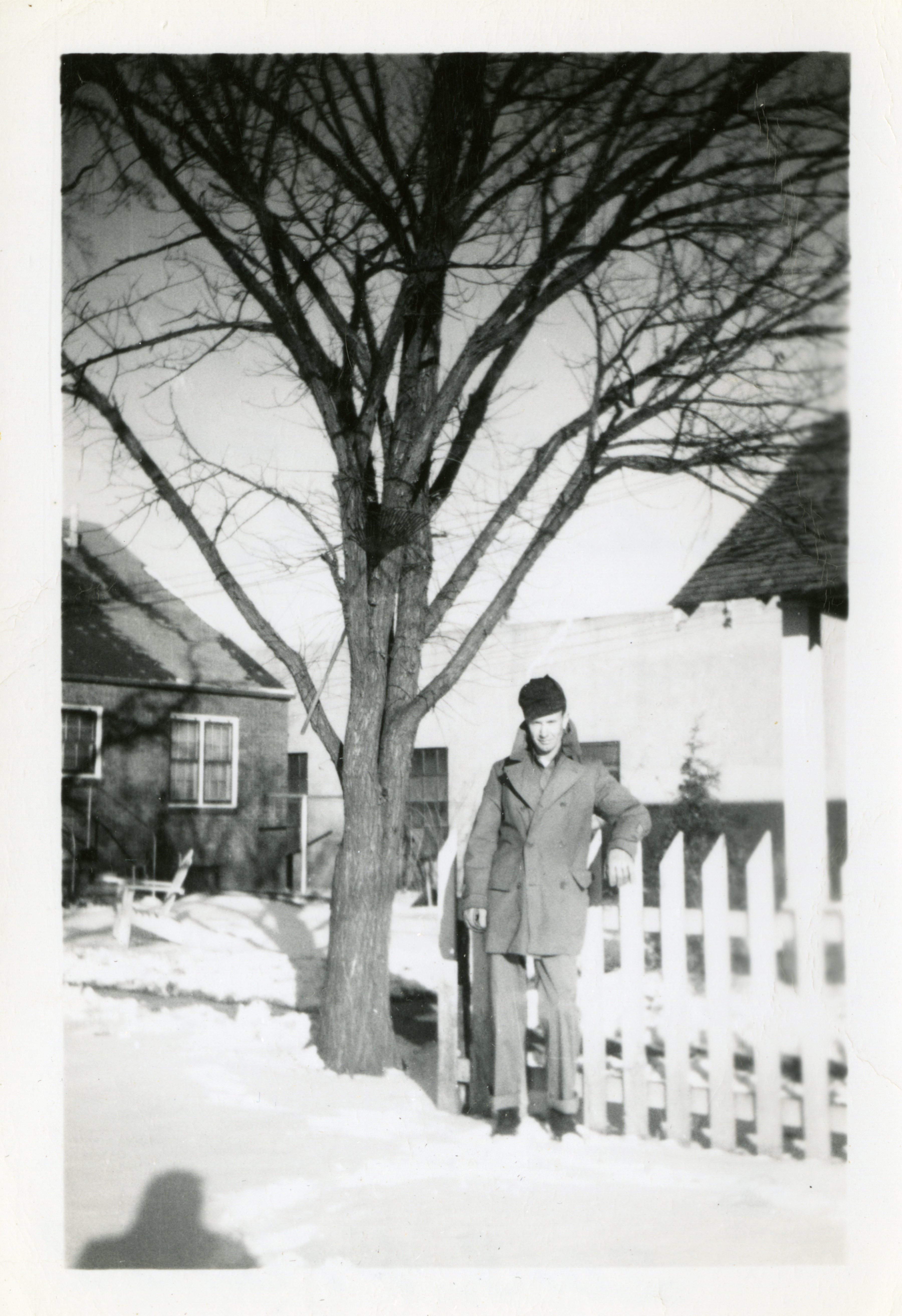 Photograph. Carl M. Reed wears a heavy coat and stands in the snow in front of a picket fence. Personal caption on photo reverse: "This was also taken in the back yard." Likely Alva, Oklahoma. No date

Donor:
Mr. Charles W. Reed
Accession Number:
2013.448.153
Date:
1941
1945
Location:
Hometown:
Branch:
Theater of Service:
Unit:
Campaign / Event:
POW / KIA:
Topical Subjects:
Snow--Oklahoma
Collection Level:
Carl M. Reed (Service Serial # 38565502) was born on 1 December 1915 in Washburn, Missouri. He enlisted in the United States Army on 16 September 1943 at Fort Sill, Oklahoma City, Oklahoma and underwent basic training at Camp Fannin in Tyler, Texas. Reed spent a month at Fort Ord in California and was assigned to the 1305 Engineering Regiment at Fort Stoneman in California in March 1944. He shipped out of San Francisco, California on the Army transport freighter Sea Corporal and arrived in Noumea, New Caledonia on 15 April 1944. He was present at Lunga Beach, Guadalcanal from 20 April to 24 May 1944. He arrived at Espiritu Santo on the Navy hospital ship USS Tryon (APH-1) on 26 May 1944 and later, returned to Noumea on 4 September 1944. Reed left New Caledonia on 28 March 1945 as part of the 10th Army for the invasion of Okinawa arriving on 1 May 1945. Reed was on Okinawa when the war in the Pacific ended. Reed left Okinawa for Korea on 16 September 1945 on LST 717, and left Korea for Los Angeles, California that same month. At Guadalcanal, part of his regiment was broken out to form the 1395th Engineer Construction Battalion. Upon his Honorable Discharge on 17 February 1946 at Fort Leavenworth, Kansas, Reed had attained the rank of Technician Fifth Grade. After his military service Reed worked and retired as a store manager with TG&Y in Wichita, Kansas. He passed away on 9 March 1990 and was buried at White Chapel Memorial Gardens in Wichita, Kansas. The collection, which was originally housed as an album, consists of ephemera and over 130 photographs from Reed's service in Okinawa, Korea and Guadalcanal.
Geography:
Alva
Latitude:
36.800
Longitude:
-98.650
Thesaurus for Graphic Materials:
Snow--Oklahoma
Add to Collection