Sailors at a military camp 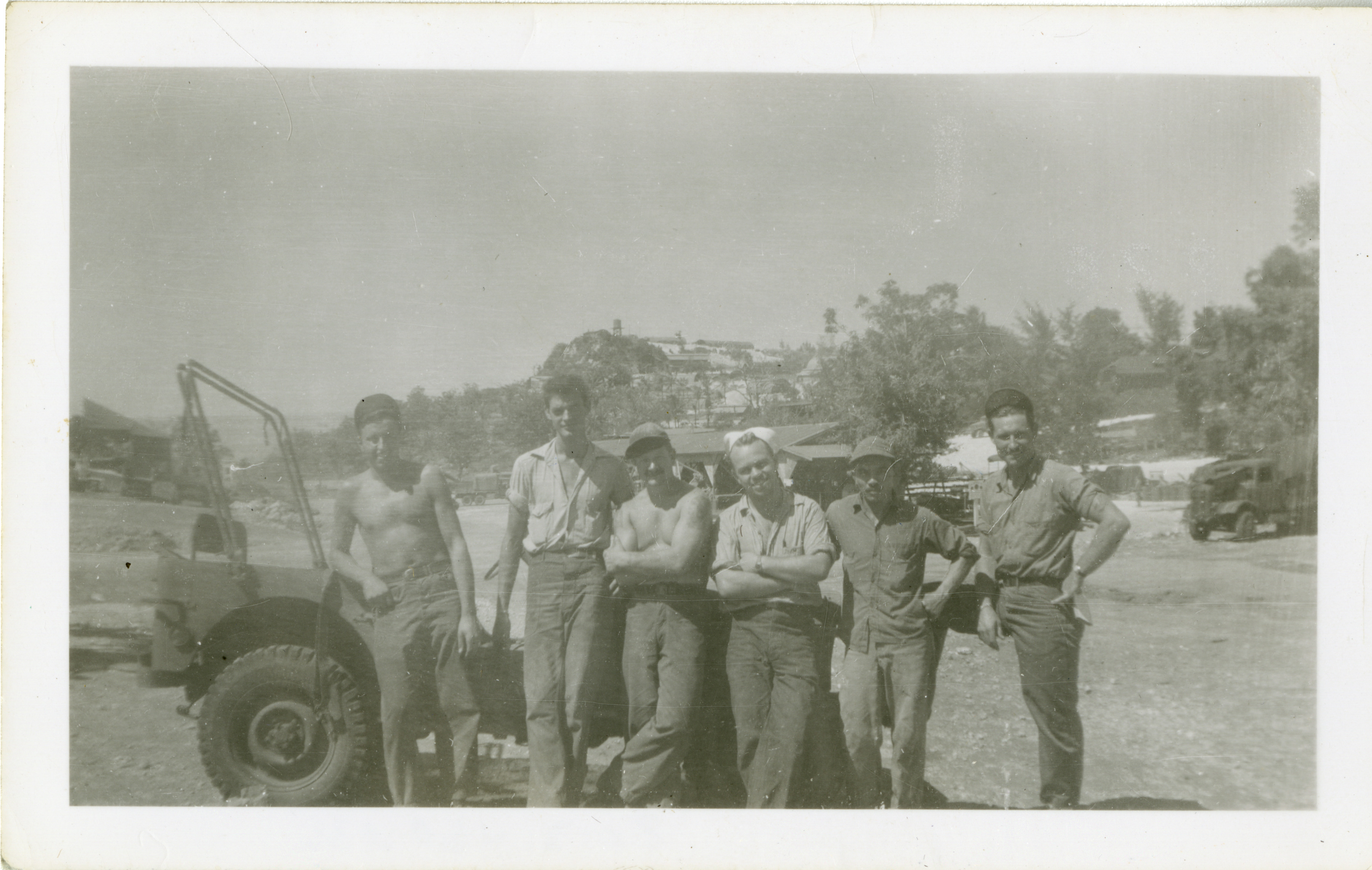 Donor:
Ms. Yvonne Davenport
Accession Number:
2013.460.036
Date:
1944
1945
Location:
Hometown:
Branch:
Theater of Service:
Unit:
Campaign / Event:
POW / KIA:
Topical Subjects:
Military camps--American--Pacific Islands
Collection Level:
Items from the service of Motor Machinist's Mate John VanCorbach, who was a member of the United States Navy and served in the Pacific Theater of Operations. VanCorbach was born on 5 June 1992 in Yakima, Washington and entered into the service in 1942. He was stationed in California and assigned to the USS Amethyst from 1942 to 1944. In late 1944, VanCorbach was sent to Saipan where he remained until late 1945. He returned to his home in Yakima on 25 December and later moved to Zillah, Washington, where he remained until his death on 14 November 2005. Items from the collection include a leather ditty bag, newsletters, and photographs.
Geography:
Pacific Islands
Thesaurus for Graphic Materials:
Military camps--American--Pacific Islands
Add to Collection