A serviceman is given instruction in rifle training in New Orleans, Louisiana circa 1943-45 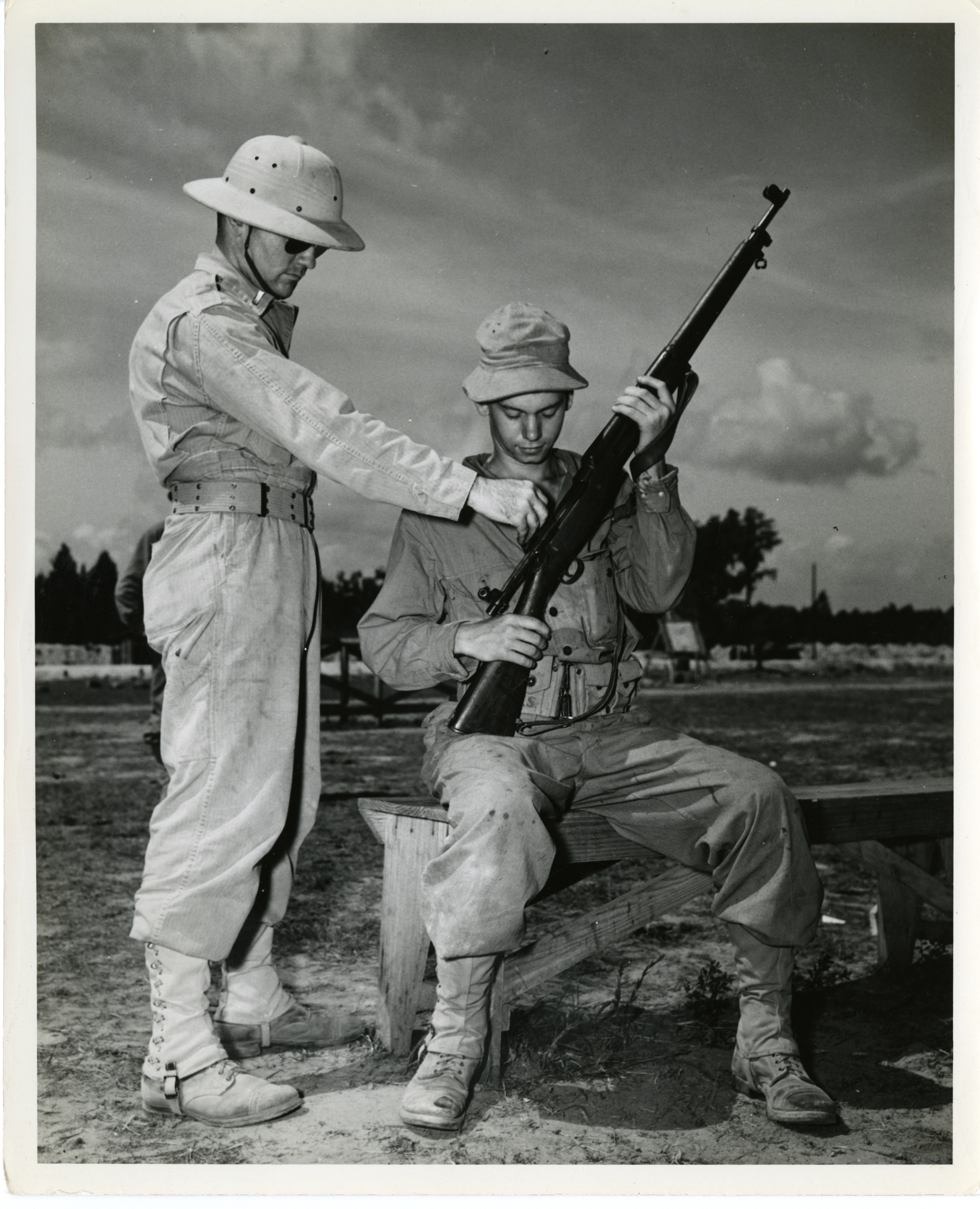