Servicemen eating in a field 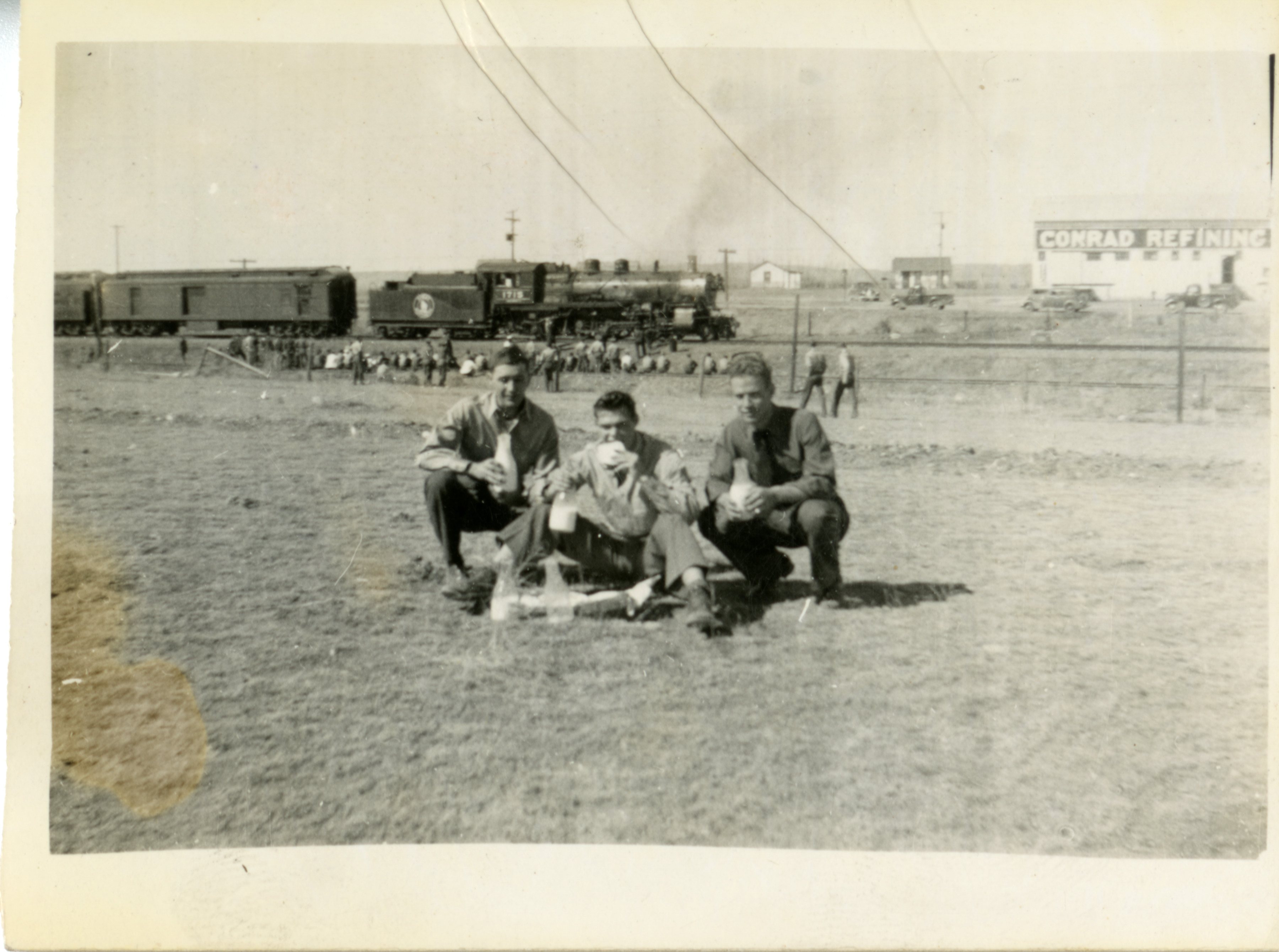 Photograph. Servicemen holding sandwiches and milk bottles in a field; a group of men are sitting on railroad ties in the background. Location unknown. No date

Donor:
Evelyn Scott
Accession Number:
2013.103.030
Date:
1940
1943
Location:
Hometown:
Branch:
Theater of Service:
Unit:
36th Bombardment Squadron
11th Air Force
Campaign / Event:
POW / KIA:
Topical Subjects:
Collection Level:
Items from William E. Watson, who served with the 36th Bombardment Squadron (Heavy), 11th Air Force in the Pacific Theater of Operations. The 36th Bombardment Squadron was activated in 1940 at March Air Force Base in California. Watson was one of the original Army Air Force members assigned to the unit and was sent to Lowery Field in Denver, Colorado, for training. In March 1941, the unit was assigned to Anchorage, Alaska, for reconnaissance and mapping of the Bering Sea using Douglas B-18 Bolos. Shortly after arriving in Anchorage, the unit was assigned to the naval base on Kodiak Island. While there, Watson maintained the Consolidated B-24 Liberators on the base. Before the attack on Dutch Harbor in June 1942, the 36th was on Umnak Island in the Aleutian Islands. After the attack, members of the 36th were assigned to B-17E crews for bombing missions. Watson remained with the 36th in the Aleutian Islands until he was ordered back to the United States in July 1943. Items from the collection include a newspaper clipping and photographs of Watson’s time in Colorado and Alaska.
Geography:
Colorado
Latitude:
39.000
Longitude:
-105.000
Add to Collection