Servicemen at the entrance of a tent 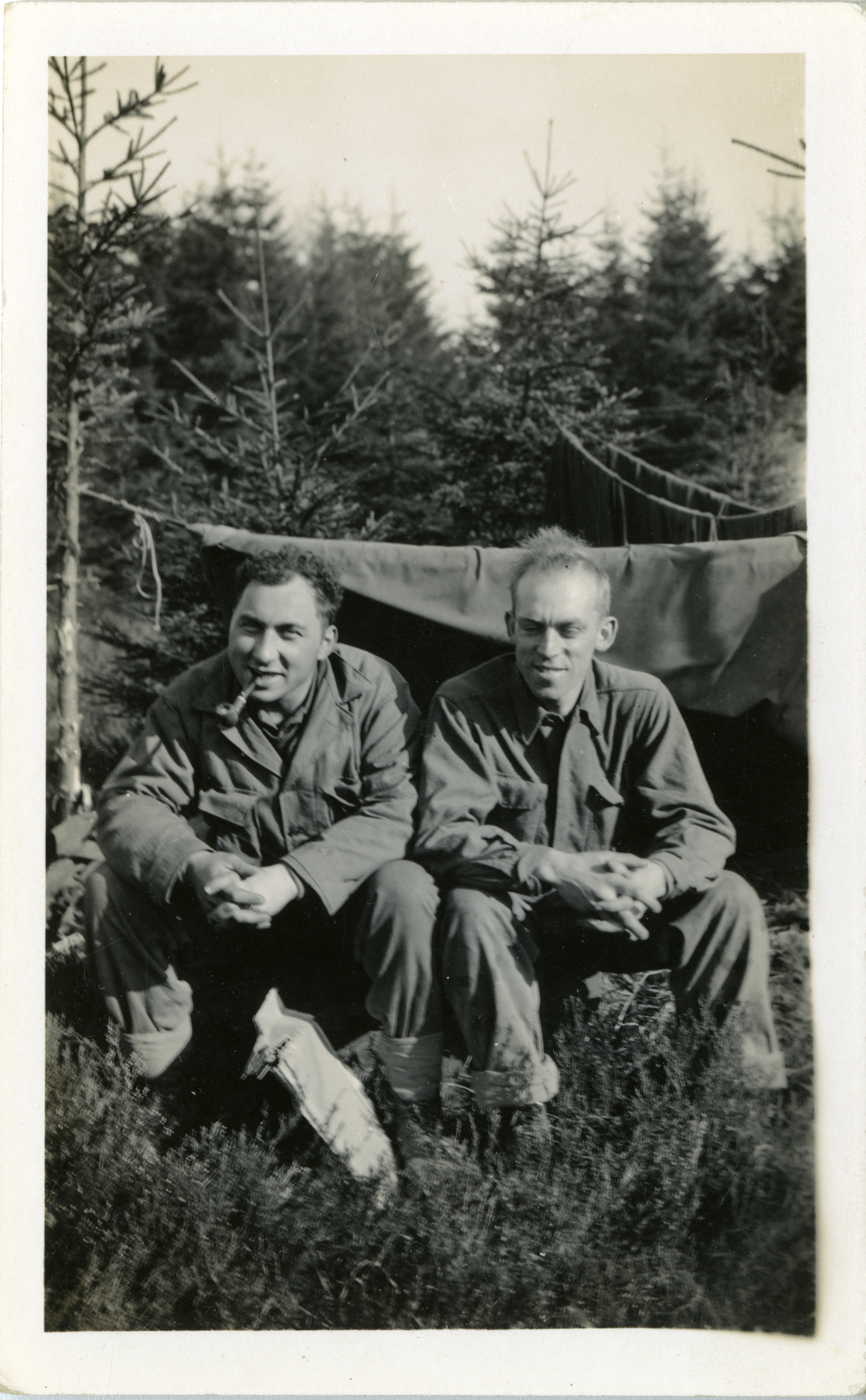 Photograph. Two American servicemen sitting at the entrance of a tent; one is smoking a pipe; a forest is in the background. Official censorship stamp on reverse: "19 APR 1945." Location unknown. Circa 1944

Donor:
Karen E. Alexander
Accession Number:
2010.275.175
Date:
1944
Location:
Hometown:
Branch:
Theater of Service:
Unit:
8th Infantry Regiment
4th Infantry Division
Campaign / Event:
POW / KIA:
Topical Subjects:
Collection Level:
Items from the service of Technician Fourth Grade Rayford Alexander, who was a surgical technician in the medical detachment of the 8th Infantry Regiment, 4th Infantry Division in the European Theater of Operations. Rayford Edwin Alexander was born on 27 April 1922 in York, Alabama. He was working for Alabama, Tennessee & Northern Railroad when he was inducted into the United States Army on 26 November 1942. On 18 January 1944, Alexander shipped out to the European Theater of Operations and arrived in England on 29 January. He participated in the Normandy Campaign, the Rhineland Campaign, and the Battle of the Bulge during his tour in Europe. Alexander was sent back to the United States on 2 July 1945 and was honorably discharged on 1 October. By the late 1950s, he had moved to Pensacola, Florida, and remained there until his death on 12 April 2001, Items from the service include a unit history book and booklet as well as photographs predominantly from Alexander's service in Europe.
Geography:
Europe
Add to Collection