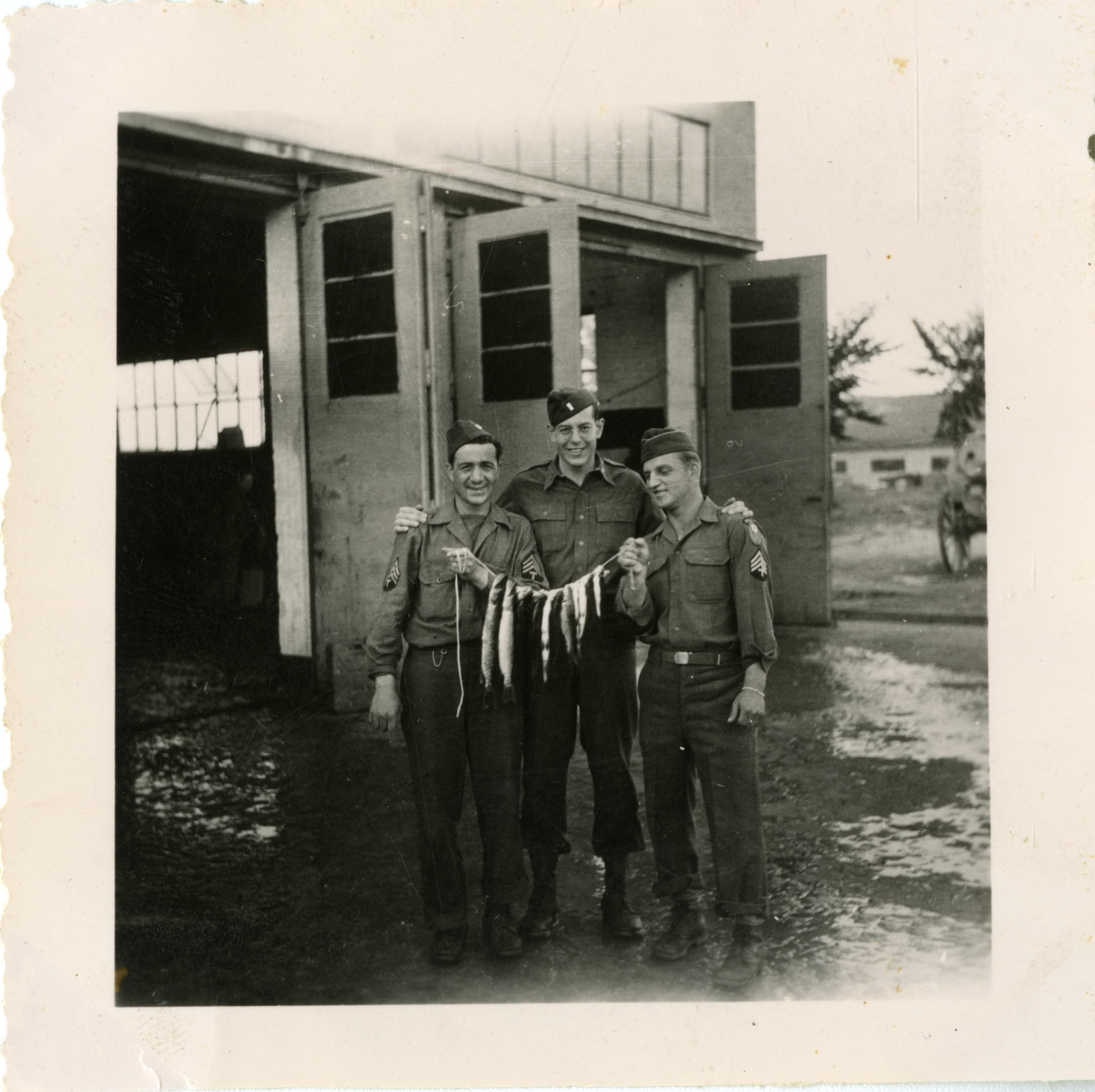 Photograph. Three servicemen posing with a line of fish. The two servicemen on the outside are holding the line and ranked technician 5th grade. Lieutenant James Gordon stands between the T/5s. Location unknown. No date

Donor:
Olivia Gordon-Stewart
Accession Number:
2010.180.037
Date:
1943
1945
Location:
Hometown:
Branch:
Theater of Service:
Unit:
Campaign / Event:
POW / KIA:
Topical Subjects:
Fishing--Europe
Collection Level:
Items from the service of Lieutenant James Gordon, who served in the United States Army Reserve Medical Service Corps in the European Theater of Operations. James William Gordon was born on 16 April 1921 in Jackson, Michigan, and enlisted in the United States Army on 16 November 1942. Gordon was assigned to multiple units and hospitals in France and Germany before being assigned to the Headquarters Special Troops Advance Section, Communications Zone in Fulda, Germany. He was then transferred to the Headquarters 429th Medical Battalion in Liege, Belgium, in mid-1945 and remained there until he was sent back to the United States. Gordon remained in the Army until 31 December 1962 and retired as a Lieutenant Colonel. He then moved to Cape Coral, Florida and remained there until his death on 4 June 1986. Items from the collection include postcards and photographs.
Geography:
Europe
Thesaurus for Graphic Materials:
Fishing--Europe
Add to Collection