Servicemen posing with a military truck 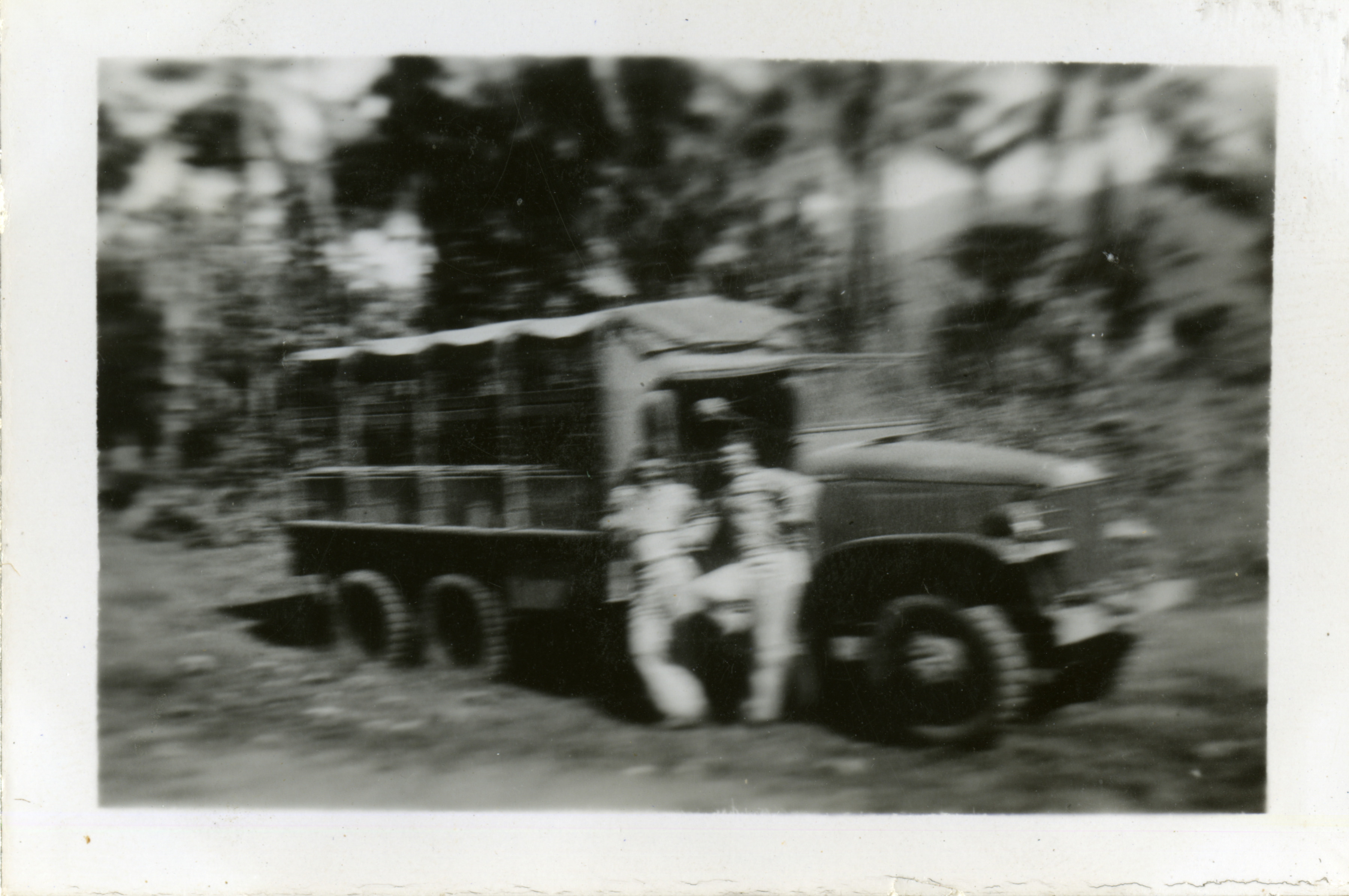 Photograph. Blurred. Two servicemen leaning against a military truck; Jungle is in the background. Location unknown. No date

Donor:
Major Richard T. Volz
Accession Number:
2014.113.048
Date:
1943
1945
Location:
Hometown:
Branch:
Theater of Service:
Unit:
1759th Engineer Special Shop Battalion (Boat Construction)
1307th Engineer Construction Battalion
Campaign / Event:
POW / KIA:
Topical Subjects:
Military vehicles--American--Pacific Islands
Collection Level:
Items from the service of Technician Fourth Grade Harry Volz, who served as an Automotive Mechanic (Second Echelon) in the 1307th Engineer Construction Battalion and 1759th Engineer Special Shop Battalion (Boat Construction) in the Pacific Theater of Operations. Harry Louis Volz was born on 30 June 1924 in Grangeville, Idaho. He was working as a farm hand in California before being inducted to the United States Army on 15 July 1943 and then entering active service on 29 July. After training, Volz was shipped off with Company C of the 1307th Engineer Construction Battalion on 16 March 1944 and arrived in Milne, New Guinea, on 4 April. In November, Volz’s company was selected to be a part of the newly created 1759th Engineer Special Shop Battalion and departed for the Philippines shortly after. The 1759th participated in the Battle of Luzon and remained in the Philippens until January 1946. Volz was honorably discharged on 24 January 1946 at the Separation Center at Camp Beale, California. He then returned to Idaho and joined its National Guard, remaining in it until 1977. After his retirement Volz moved with his wife, Nancy Lee Volz, to her hometown of Corning, California, and lived there until his passing on 28 February 2006. Items from the collection include a framed unit photograph, separation papers, and 95 photographs from Volz's service in the Pacific.
Geography:
Pacific Islands
Thesaurus for Graphic Materials:
Military vehicles--American--Pacific Islands
Maintenance & repair--Pacific Islands
Military vehicles--American--Philippines
Add to Collection