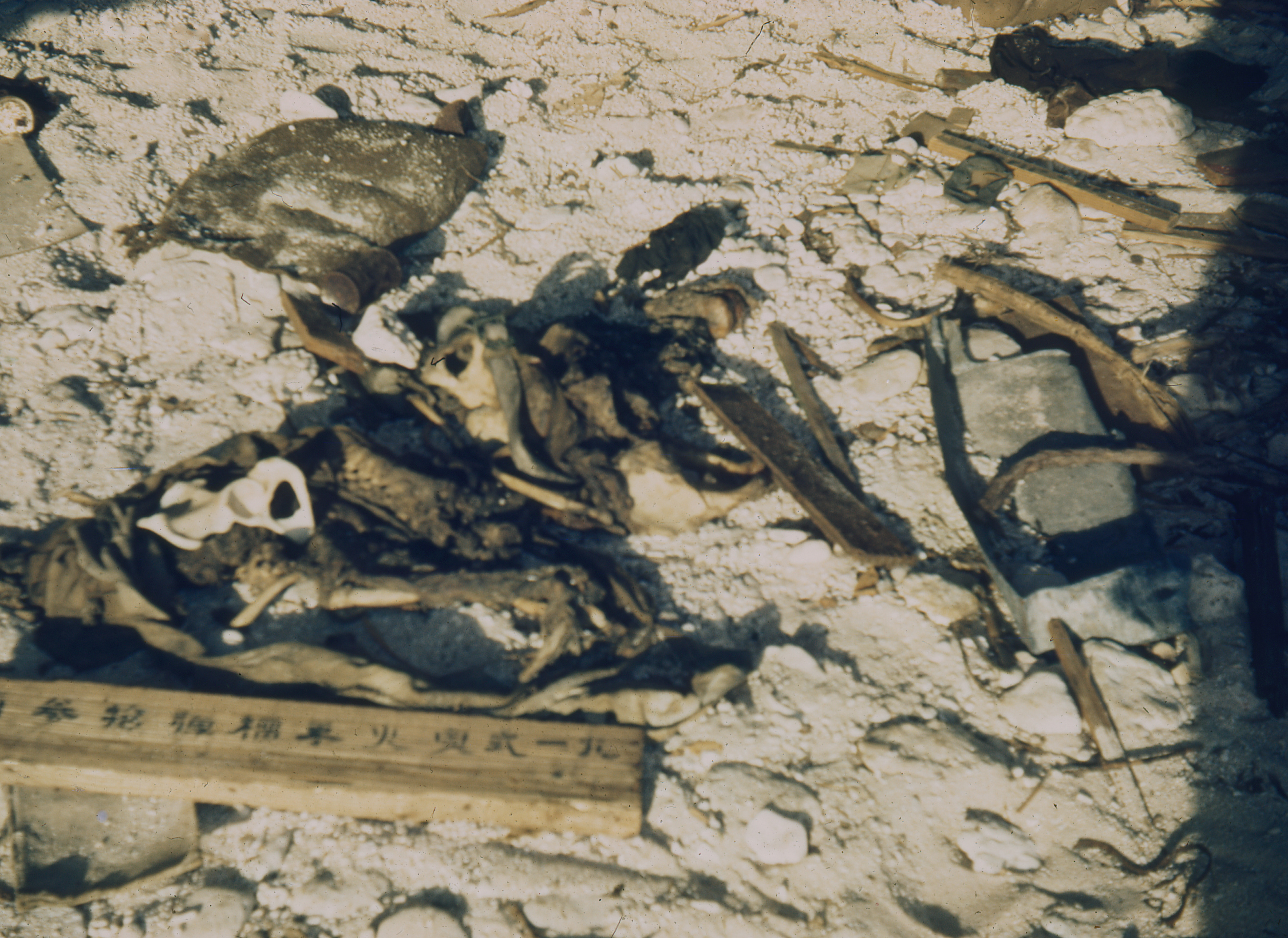 Side. Small pile of skeletal remains next to a wood post that has Japanese characters written on it. Saipan. 1945