Soldiers line up in front a mail window at the APO. Aleutian Islands 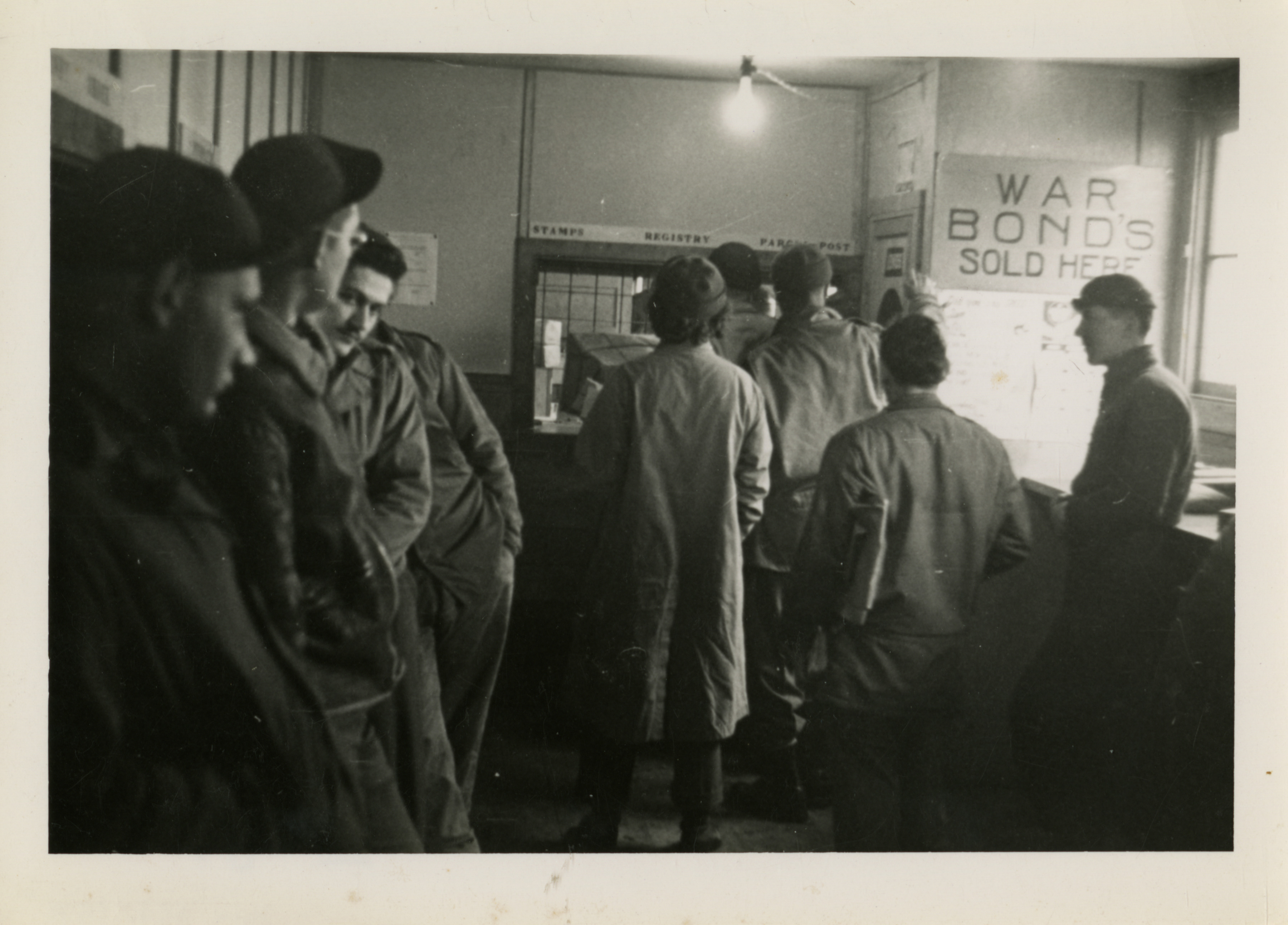 Photograph. Soldiers line up in front a mail window at the APO. Personal caption: "Passed by Base 1717 U.S. Army Examiner" stamped in blue ink and "Inside A.P.O. 980. (Sal is Red Cross representative)" and "L-81" written on photo reverse. Dutch Harbor, Aleutian Islands. 194-