Soldiers stand at attention on a parade ground. Aleutian Islands 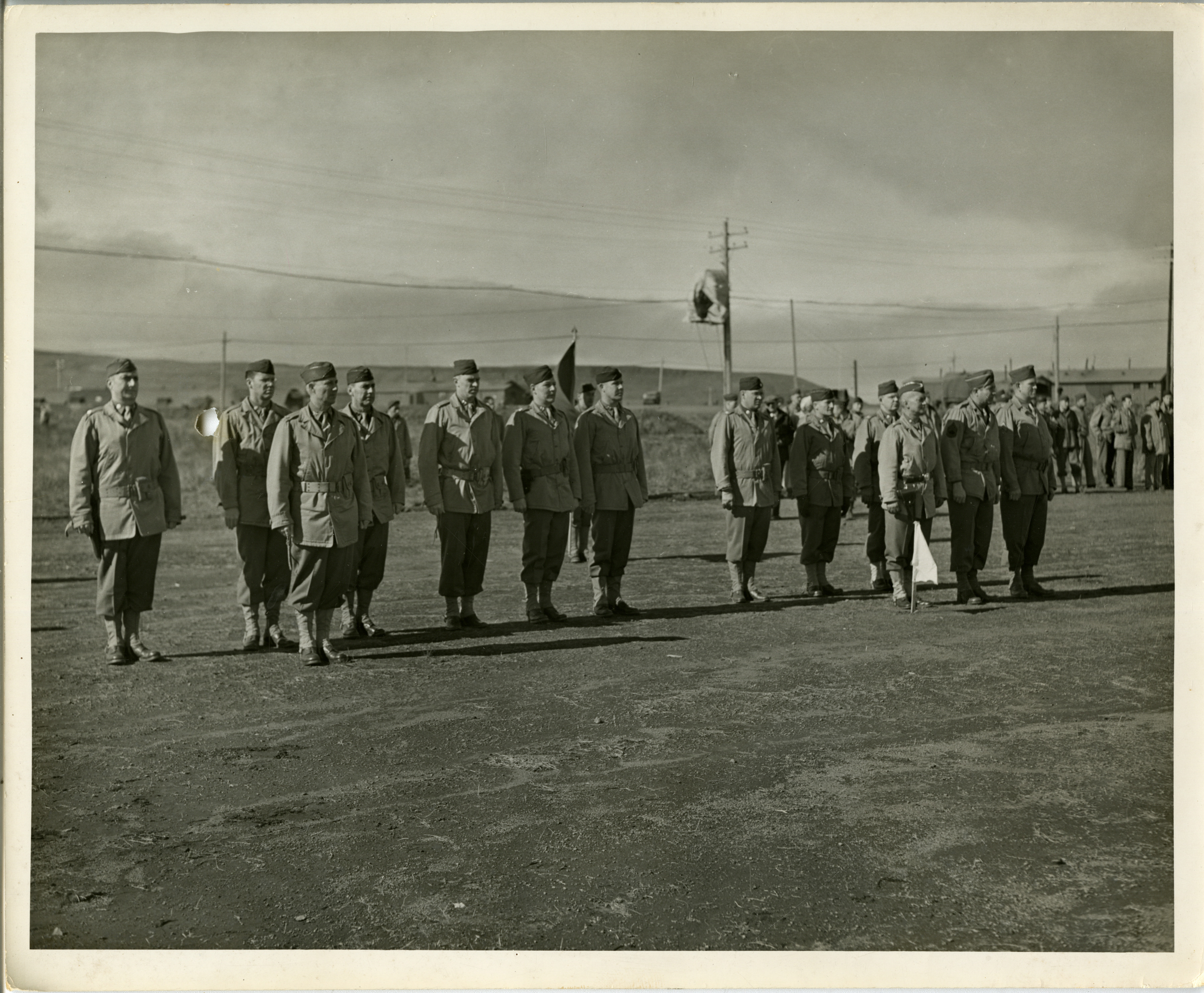 Photograph. Soldiers stand at attention on a parade ground. Other soldiers are visible standing in the background. Aleutian Islands. No date