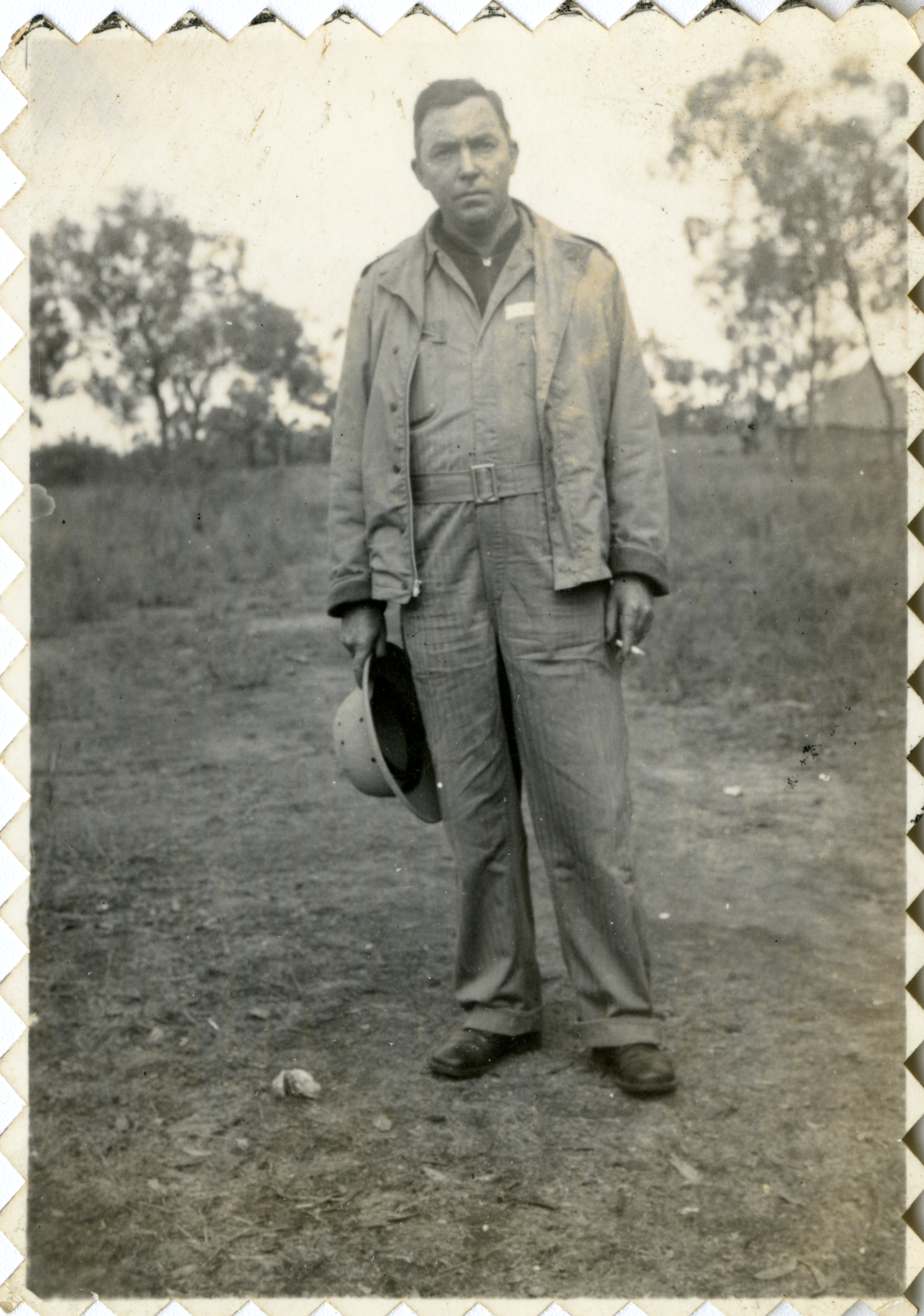 Photograph. A unknown soldier stands in a field where far behind a tent sits. 1943