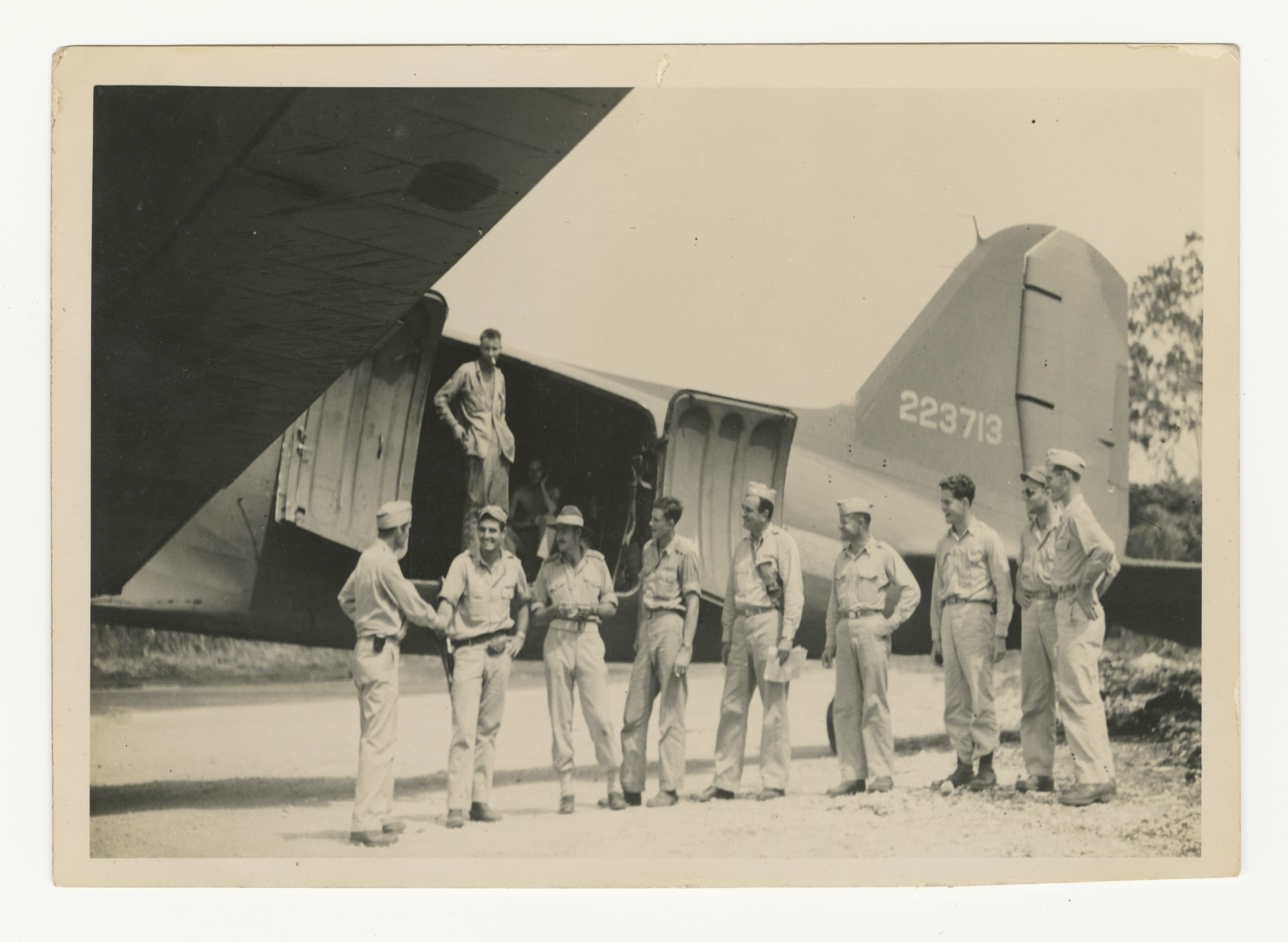 Donor:
Lt. Robert L. Smith
Accession Number:
2003.167.004
Date:
1944
Location:
Hometown:
Branch:
Theater of Service:
Unit:
870th Aviation Engineering Battalion
Campaign / Event:
POW / KIA:
Topical Subjects:
Soldiers--American--New Guinea
Douglas DC-3 (Transport plane)--New Guinea
Collection Level:
Items from the service of First Lieutenant Gordon Smith, who was a Caucasian commissioned officer in the African American 870th Aviation Engineering Battalion in the Pacific Theater of Operations. Gordon Hays Smith was born on 14 August 1921 in Latham, Alabama. He was working at his father's sawmill when he enlisted as a warrant officer at Fort McClellan, Alabama, on 28 July 1942. After attending Officer Candidate School, Smith was assigned to the 870th Aviation Engineering Battalion. During his service, Smith was stationed at two locations in New Guinea as well as the Philippines. While in New Guinea, Smith's unit constructed the road from the beach to Hollandia Airfield as well as the airfield's runway. Towards the end of his service, the blood vessels in Smith's eyes were constantly bursting. He returned to the United States and was residing in Augusta, Georgia, when he died at the age of 24 on 9 January 1946. The collection includes photographs of Smith's time in New Guinea. See collection 2008.349 for more items from the service of Lt. Smith.
Geography:
Papua
Latitude:
-5.000
Longitude:
138.000
Thesaurus for Graphic Materials:
Soldiers--American--New Guinea
Douglas DC-3 (Transport plane)--New Guinea
Add to Collection