U.S. B-17 Flying Fortress bombers flying in formation among antiaircraft flak over Europe 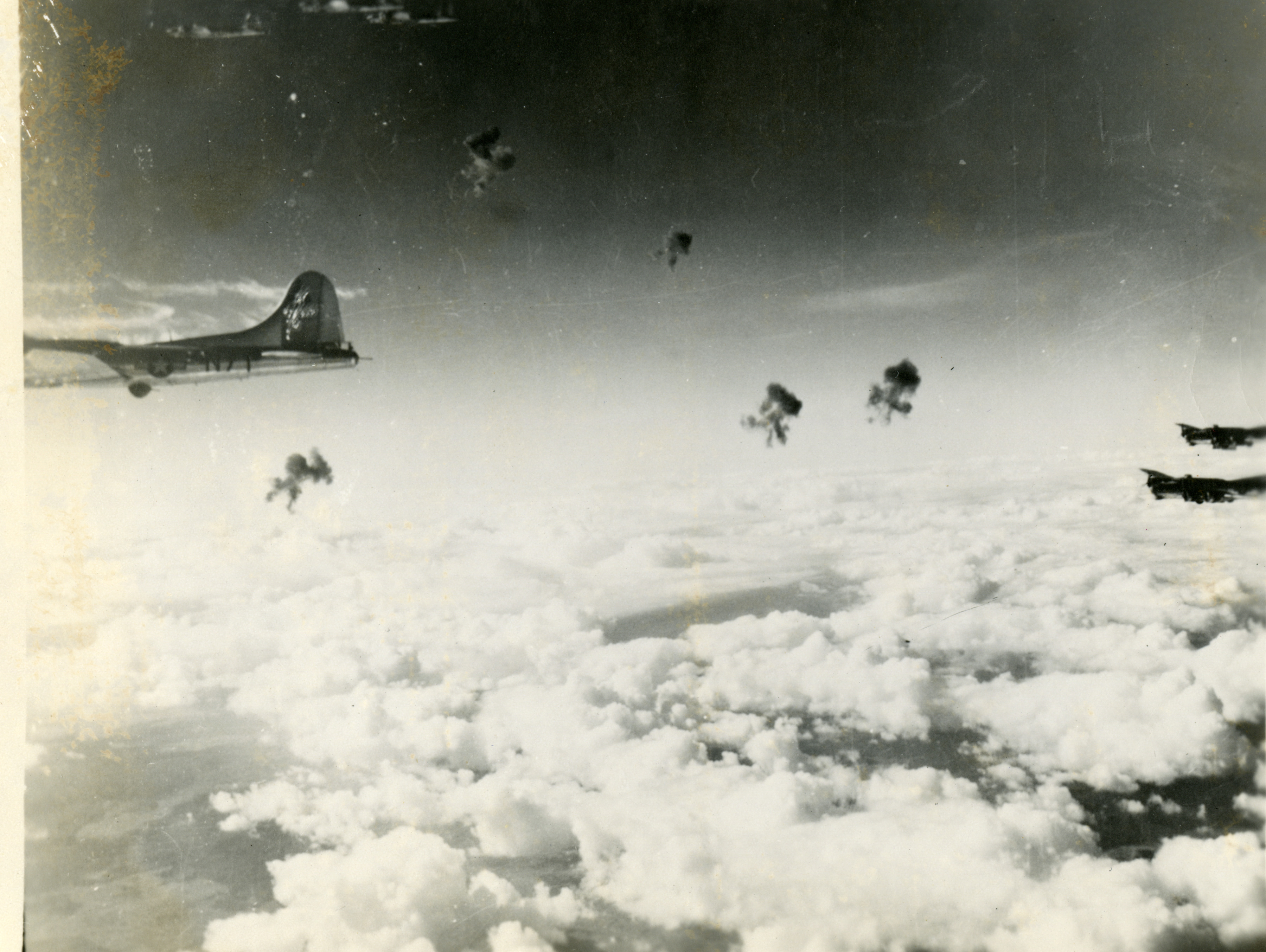 Gift of Peggy Wallace, from the Collection of The National WWII Museum
Description:

Donor:
Ms. Peggy Wallace
Accession Number:
2010.308.063
Date:
1944
1945
Location:
Hometown:
Branch:
Theater of Service:
Unit:
8th Air Force
398th Bombardment Group
Campaign / Event:
POW / KIA:
Topical Subjects:
Bombers--American--Europe
Flying--Europe
Aerial photographs--Europe
Clouds--Europe
Air warfare--Europe
Collection Level:
Items from the service of First Lt. Robert Clifford Galloway, who was born in Overton, Nevada on 23 November 1919. He registered for the draft in 1941 and joined the US Army Air Forces. He trained at the Hondo Army Air Field in Texas and graduated from flight school in August of 1944. Galloway was sent to England and served as the lead navigator of a B-17 with the 398th Bombardment Group, 601st Bombardment Squadron, Eighth Air Force. His crew conducted bombing raids to Germany through the winter of 1944 and into the spring of 1945. Galloway served with the USAAF after the war. He died on 2 May 1996 in Dorchester, Maryland. Collection includes around 60 photographs and about 30 documents related to Galloway's wartime service.
Geography:
Europe
Thesaurus for Graphic Materials:
Bombers--American--Europe
Flying--Europe
Aerial photographs--Europe
Clouds--Europe
Air warfare--Europe
Add to Collection