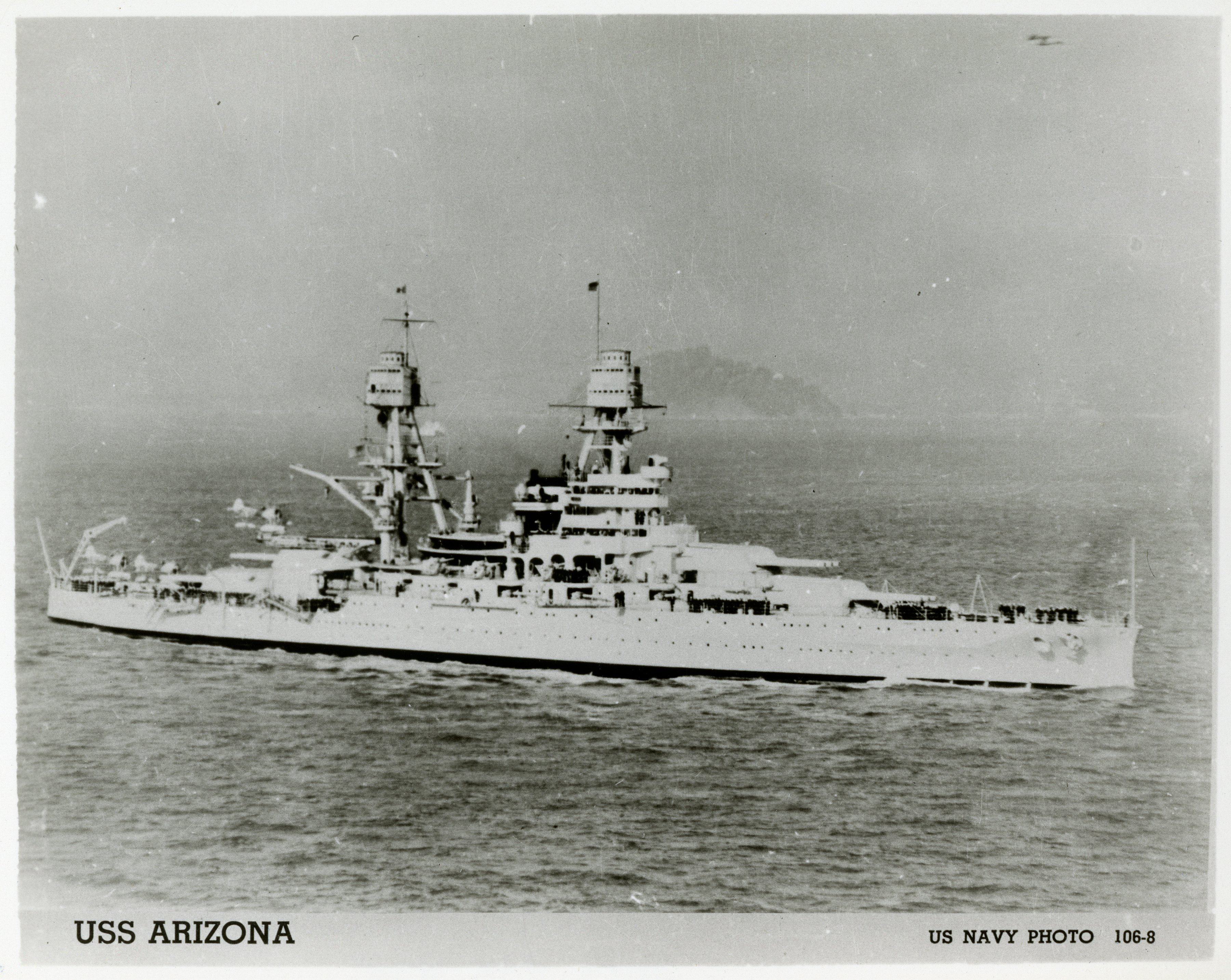 Donor:
Mr. Thomas J. Hanlon
Accession Number:
2013.495.425
Date:
1931
1941
Location:
Hometown:
Branch:
Theater of Service:
Unit:
USS Arizona (BB-39)
Campaign / Event:
POW / KIA:
Topical Subjects:
Battleships--American
Warships--American
Collection Level:
This collection consists of approximately 1700 official military photographs that were reproduced by the Official Photos Company of Hollywood. Referred to as The War's Greatest Photographs, many of these photographs have been featured in magazines and books and many of the originals can be found in the United States National Archives and Records Administration. The images feature every theater and branch of the military in various campaigns and battles throughout World War II.
Thesaurus for Graphic Materials:
Battleships--American
Warships--American
Add to Collection