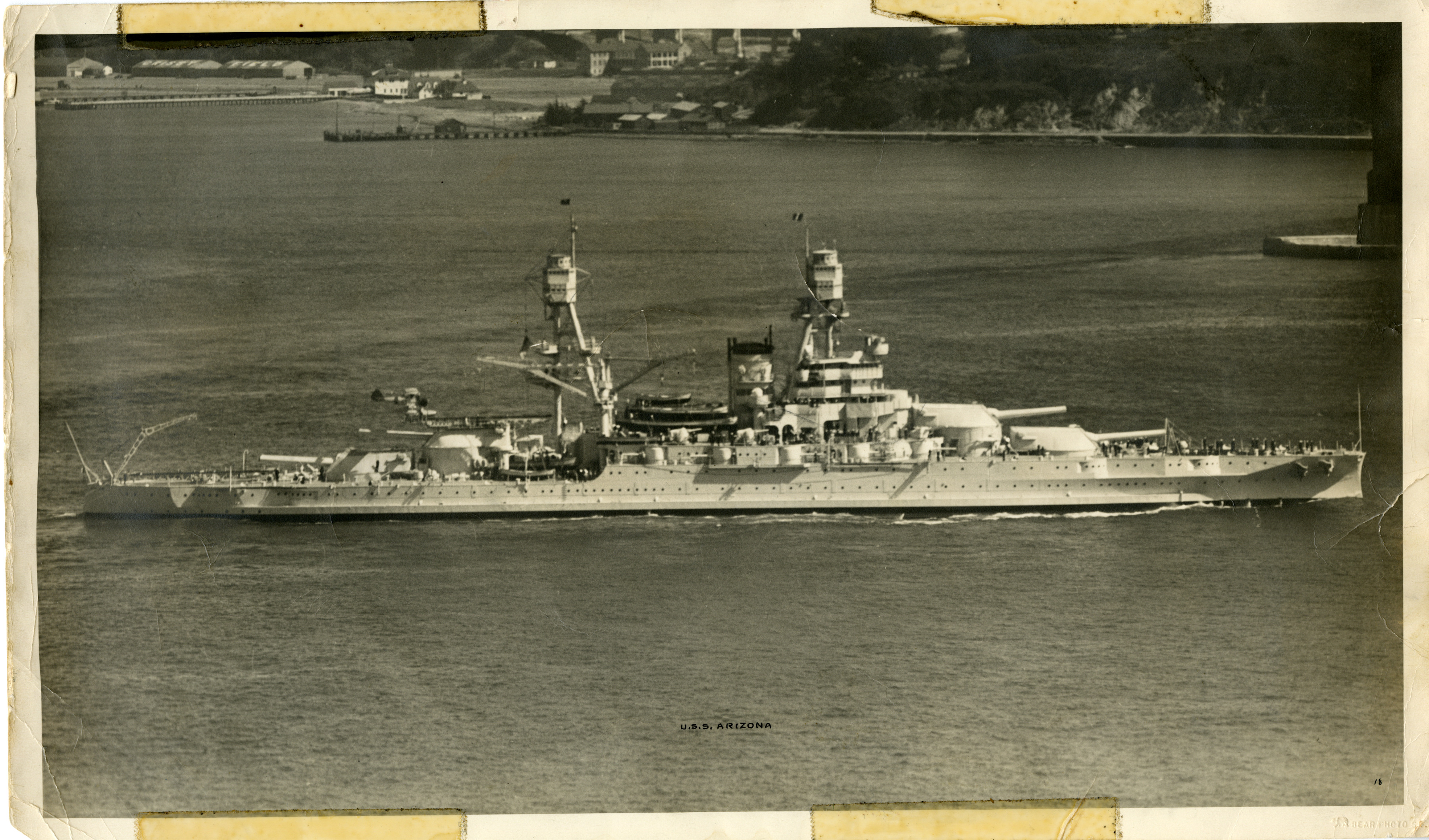 Photograph. The USS Arizona (BB-39) underway; industrial buildings are on the shore in the background. Official caption on front: "U.S.S. Arizona." Presumably the Panama Canal. No date

Donor:
Ms. Jessie Chesler
Accession Number:
2015.234.050
Date:
05/01/1940
11/01/1941
Location:
Hometown:
Branch:
Theater of Service:
Unit:
USS Arizona (BB-39)
Campaign / Event:
POW / KIA:
Topical Subjects:
Battleships--American
Panama Canal (Panama)
Collection Level:
Items from the service of Fireman Second Class Myron Brophy, who was killed aboard the USS Arizona (BB-39) during the attack on Pearl Harbor. Mayron Alonzo Brophy III was born on 1 November 1919 in Dorset, Vermont. On 23 January 1940, he enlisted in the United States Navy and was assigned to the USS Wyoming (BB-32) and USS Brooks (DD-232) between March 1940 and January 1941. He was then assigned to the USS Arizona and sent to Pearl Harbor, Hawaii. Brophy had just requested a transfer to Boston, Massachusetts, when Pearl Harbor was attacked by the Japanese on 7 December 1941. He was below decks when Arizona’s' forward magazines exploded in the opening moments of the attack. Brophy lies entombed with over a thousand of his shipmates in the Arizona at the bottom of Pearl Harbor. Items from the collection include photographs, personal correspondence, souvenir documents, along with medals and certificates awarded to Brophy posthumously.
Geography:
Panamá, Canal de
Latitude:
9.333
Longitude:
-79.883
Thesaurus for Graphic Materials:
Battleships--American
Panama Canal (Panama)
Add to Collection