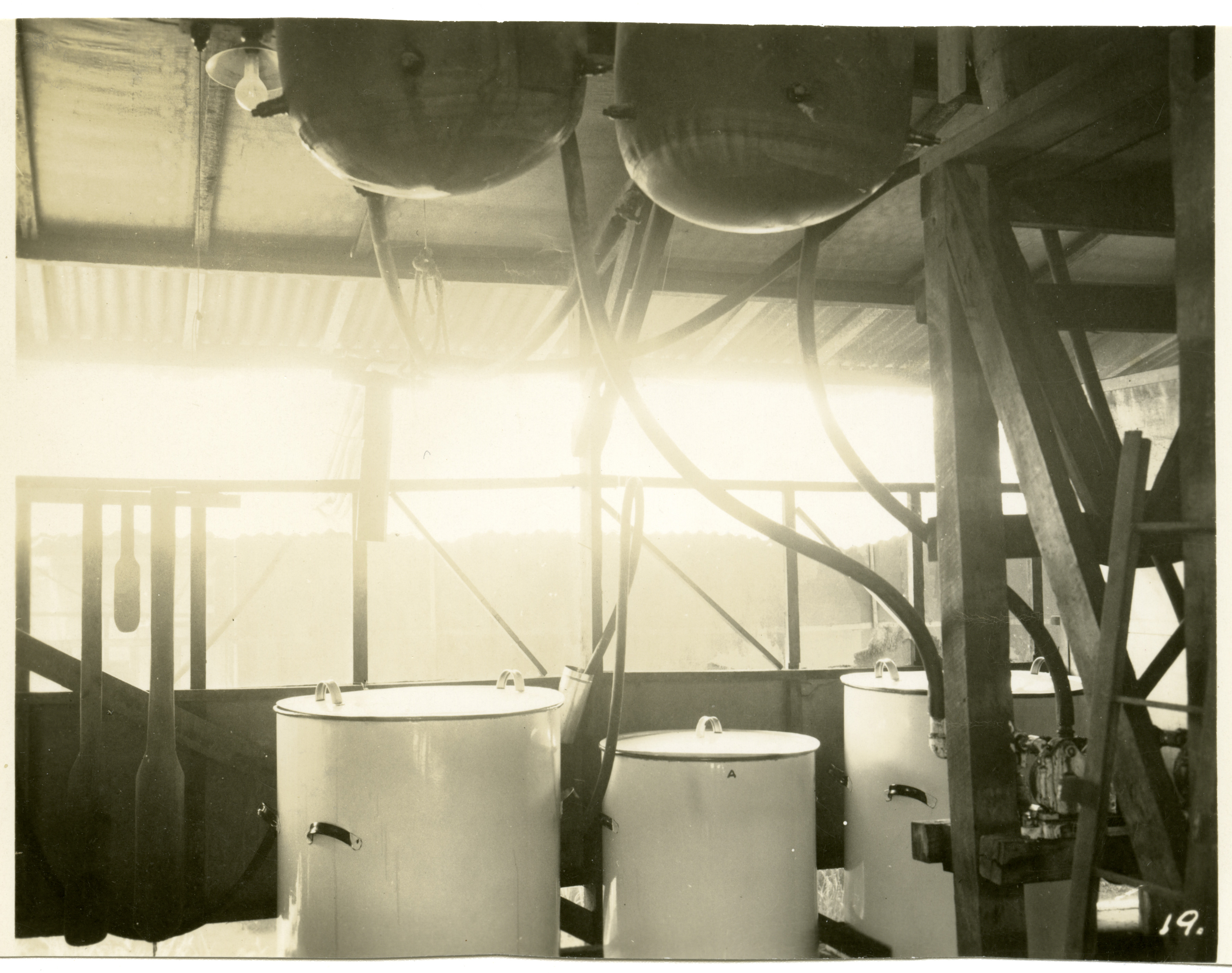 V-mail operation in the field at APO 929. "In this room all chemicals are prepared, and mixed in the large vats, after which they are pumped up to the lyster bags and from these by gravity flow directly to the paper processing building." Port Moresby, Papua New Guinea. 1944

Donor:
Mr. John M., Sr. Lynes
Accession Number:
2010.309.061
Date:
1944
Location:
Hometown:
Branch:
US Army
Theater of Service:
Pacific Theater of Operations (PTO)
Unit:
Campaign / Event:
POW / KIA:
Topical Subjects:
V-mail
Chemicals
Collection Level:
Items from the service of Corporal Mary T. Lynes, Women's Army Corps (WAC), who served in the Pacific Theater of Operations. Lynes was born on 23 April 1908 to Irish parents, and enlisted in the Women's Army Corps in February 1943. After receiving her training at Fort Des Moines, Iowa, she shipped out to Australia in May 1944. In October 1944, there was a gas explosion in Lynes' barracks and she was credited with saving lives and extinguishing the fire. As a result, she was the first woman in the Pacific to receive the Soldier's Medal for heroism in March 1945. After the war Lynes returned to her job at the Naval Supply Depot in Newport, Rhode Island until her retirement in December 1963. Collection includes medals, insignia, military documents, and photographs.
Geography:
Port Moresby
Latitude:
-9.500
Longitude:
147.117
Thesaurus for Graphic Materials:
V-mail
Chemicals
Add to Collection