A view of dozens of soldiers waiting in line for chow, Camp Fannin, Texas. October 1943 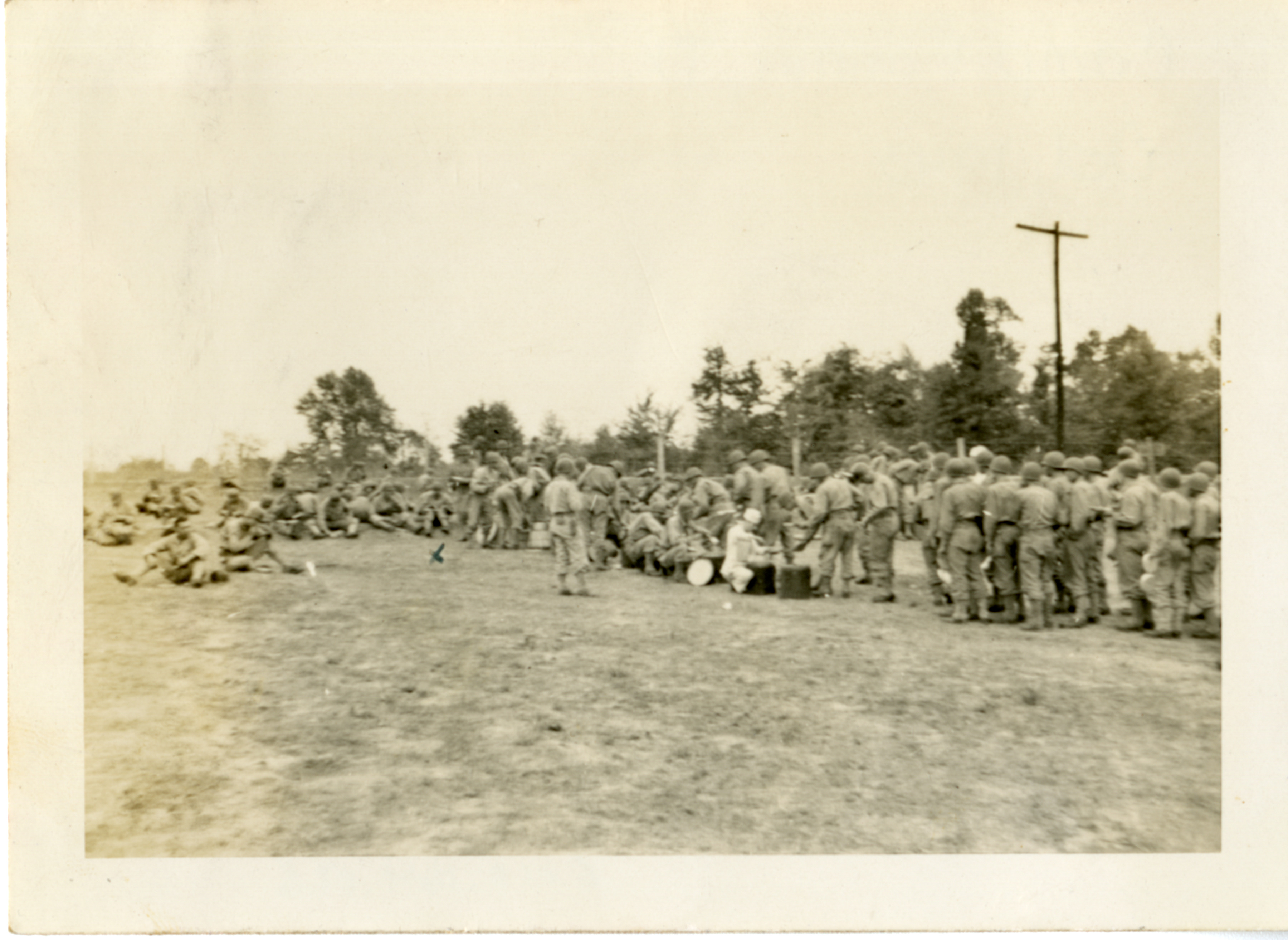