A cargo ship docked near a grain elevator in New Orleans, Louisiana on 4 January 1945 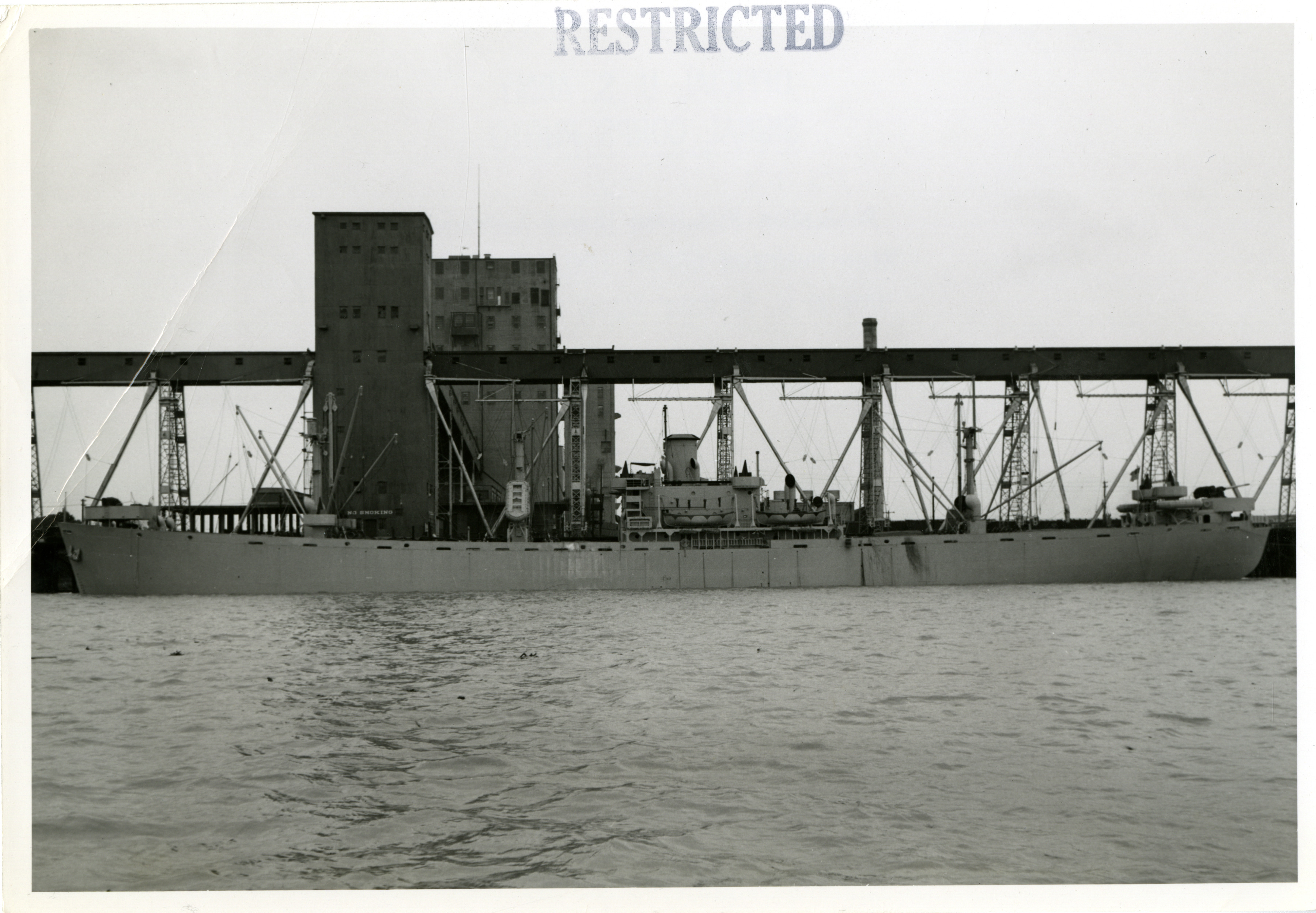